Celebrating Our 40th Anniversary Today With a Look Back at 1974 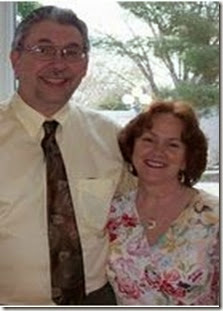 Today is my wife, Shirley Ann, and I’s, 40th Anniversary.

I thought it would be fun to highlight some of the things that happened the year we got married.

Let’s start off listening to this vintage concert from Crosby, Stills, Nash & Young at the Cleveland Municipal Stadium on this day in 1974.

While we were walking down the aisle Crosby,Stills,Nash, & Young were playing:


Love The One You're With

(Link to the rest of the concert)

-The 55 MPH speed limit was imposed by Richard Nixon.

-The "Joker" by the Steve Miller Band peaked at #1

-Remember Jefferson Starship? They began their 1st tour in 1974.

The NFL granted franchise rights to the Tampa Bay Buccaneers.

Far out! The 1st extraterrestrial message was sent from Earth into space.

The US performed a nuclear Test at the Nevada Test Site.

WHO CAN FORGET WATERGATE?

The Supreme Court unanimously ruled Nixon had to turn over the Watergate tapes.

The House Judiciary Committee voted on the 3rd & last charge of "high crimes & misdemeanors" to impeach President Nixon in the Watergate cover-up.

Air Vietnam flight 727 is hijacked, then crashes while attempting to land with 75 on board.

The National Guard mobilized to restore order in Boston during a school busing crisis.

Muhammad Ali KO’d George Foreman in 8th round in Kinshasa Zaire ('The Rumble in the Jungle').

I graduated from high school that year. It was quite a year. Congrats on 40 years of marriage!

Thanks John! I'm glad we hooked up on Twitter! Many tweets and peace!