Call it Destiny: When Love Ties Two Hearts Together Forever 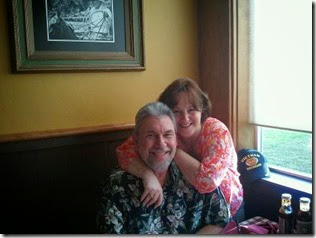 Two weeks from today, is my wife and I’s 40th anniversary.

Little did I suspect when I first met her – she was in 5th grade – and I was in high school – that we would end up falling in love and living together for the rest of our lives.

Her brother was my best friend in high school, and I considered her a pesky little sister. Years later, after I returned from serving in Vietnam (1970), things changed.

She was no longer this pesky little kid that wanted to follow me around. She was in high school and had bloomed into a beautiful woman. Three years later we got married on August 31st, 1974.

Three sons, and five grandchildren later, we’re more in love now then when we first got married. Love is like that. It grows stronger with time.

Here’s another good example of two people meant for each other:

Jason and Jessica Roth are coming up on their 10 year anniversary, but an old photo r 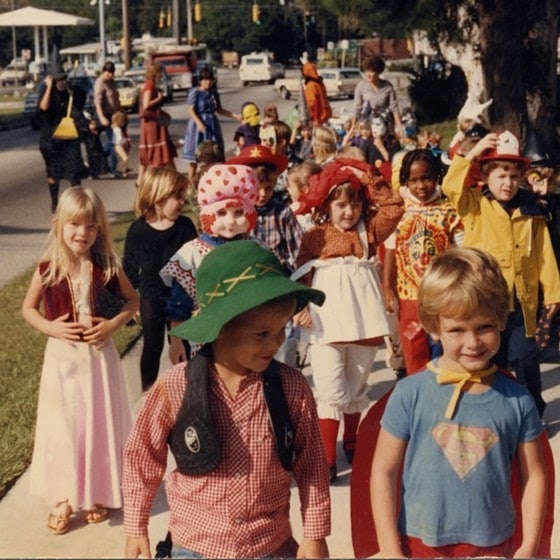 evealed that what they originally thought was a relationship that began as students at Florida State University in Tallahassee actually began much, much earlier - in preschool.

PHOTO-Jason Roth is in the Superman costume in the front right of this preschool photo, while Jessica is the genie in the dark red vest at the far left.

The couple now live in Jacksonville with their three children. Jessica says she’s always happy to talk about where this love story really began.

“It’s our story and that’s where it started," she said. "We just didn’t know it at the time. You never know what doors are going to open.”

Congrats! I am sure these are not so rare but just underreported in today's society. My wife and I are on #37, and since we married young, we were neither supported nor believed to have lasted. We did by the grace of God, and since we share two grandsons with you both, I am so glad our two marriages came to fruition and lasted!