Violence in Ferguson and the Meaning of ‘Dog Days of Summer’

Summer is slowly receding, although it’s still scorching many states. We’re in what is called, the “dog days of summer.”

The “dog days” can be a time for violence and short tempers, or just long lazy days spent relaxing before school starts up.

Historically it’s been a time when riots occur. The infamous Watts riots in LA happened during the “dog days of summer” (Aug.11-17).

Most recently, criminals are inciting violence and hijacking peaceful protests in Ferguson, Missouri.The protests were peaceful during the day but bottles were later thrown and police came under "heavy gunfire” according to Capt. Ron Johnson of the Missouri State Highway Patrol.

The trouble started in the St. Louis suburb of Ferguson where Michael Brown was fatally shot by police on August 9. Since then the town has been in chaos. Add the fact that there’s a real high unemployment rate among young black men in the city, and you have additional fuel for the fires. 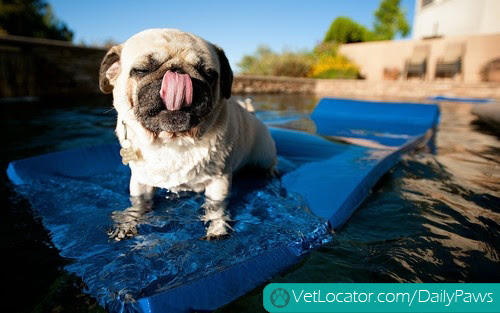 The dog days of summer aren’t always violent. It just seems to be a bad time of the year for some folks. The actual meaning of the historical term is has nothing to do with violence.

If you thought that the term “dog days of summer” was something your grandma made up, you'll be surprised to learn the phrase dates back to ancient Rome.

“Caniculares dies,” or days of the dogs, was what the Romans called the period from the first week of July to the second week of August.

Therefore, the dog days of summer only refer to the last part of the summer, not the whole season.

So that explains when and where the phrase comes from, but why dogs? The explanation is cool, especially if you like astronomy.

You might have heard of a constellation named Orion. Often referred to as "The Hunter," Orion is a prominent constellation visible throughout the world.

Because Sirius is so bright, it was easy to track even for early astronomers. During April and early May, Sirius was visible in the southwest after sunset.

But by the time mid-summer would come along, Sirius would rise and fall with the sun and get lost in the daytime light.

However, the ancients knew that the "Dog Star" was still there, up in the sky with the sun during the hottest time of the year.

They reasoned that since Sirius was so bright and up there with the sun, it must be adding to the heat to produce the hottest time of the year.

That’s about it. I hope you enjoyed this brief explanation of the term “dog days of summer,” and where it came from. Stay cool.