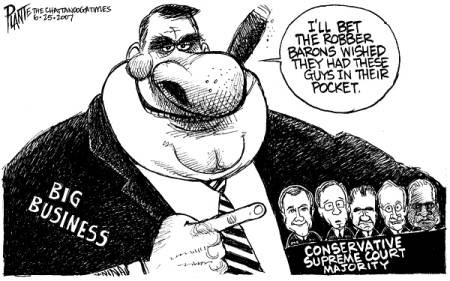 Our slap happy Supreme Court once again ruled in the favor of corporations - Burwell v. Hobby Lobby – confirming the weird belief that corporations have as many (if not more) rights than human beings in America.

It’s the ultimate 21st Century reality, and it makes me sick to see it. We can thank this Supreme Court for promoting big business to the God-like level that it has achieved.

Corporations never had it so good. This victory comes with a caveat however:

“Let’s be clear about one thing. In the Hobby Lobby decision, the Supreme Court overturned a single regulation issued by the U.S. Department of Health and Human Services. It didn’t overturn a single provision of the Congressional statute enacted in 2010 called the Affordable Care Act.

You wouldn’t have that impression based on the media coverage of this case. You’d think instead that by overturning HHS’s contraception mandate, the Supreme Court had overturned a huge chunk of the new health law. Nope. 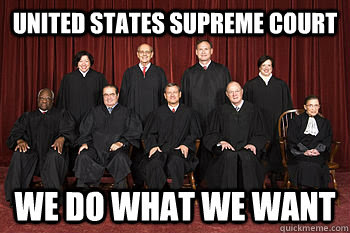 en they sit down and reflect, they’ll realize that they haven’t won a thing.” (Via Forbes)

The corporations, on the other hand, have reason to celebrate.

The next step, on this road to ruin, is to have corporations run for political office. Can’t you just see the national policies under a Wal Mart president?

I leave you with the words of Adam Fell, a poet with dark visions of America’s future:

“Say the senator meets you in the lobby of your building.”

About this senator there is “something midwestern vampiric...a glow of suspirian blood in his / sockets, an oil spill o 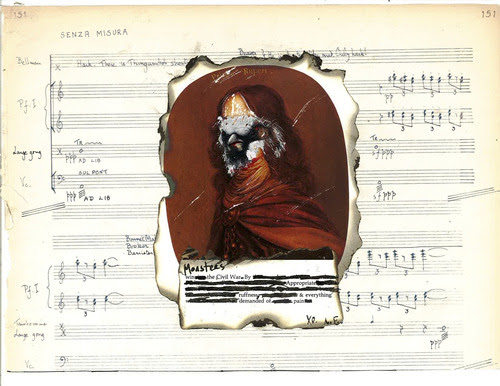 This character, deceptive in a way that should surprise no one familiar with the religion of capitalism, is the classic corporate snake: cocky and cynical, “the shade of a new false father.”

And this snake dutifully plays a number of his scenes as the bully. In such poems there is a relentless, confrontational quality that feels good in the way a well-deserved “fuck you” can.

But when Fell speaks to the “Dear Corporation” as if in search of decency, the book leaps in startling ways.

Former People: “The Heaviness of a Corporate Being”