Did you know July 4th was a prime day for American presidents to die?

Hackers broke into Fox News' Twitter account and fired off six tweets declaring Obama had been shot and killed in Iowa. In reality, the president was barbequing at the White House.The Secret Service investigated the tweets and Fox, after regaining control of its Twitter password, promptly declared them "malicious" and "false."

BIGGEST BIRTHDAY GIFT FOR A COUNTRY

The United States got what may be the country's largest physical birthday present on July 4, 1884, when the French presented it with the Statue of Liberty. It took four months to assemble the 151-foot-tall statue, which was shipped from Paris in hundreds of pieces. (source)

It took nearly 100 years for Congress to make the Fourth of July an official holiday, despite the widespread celebrations that had been ringing in America's birthday since the Declaration of Independence was signed in 1776.

Boston was ahead of the national curve, becoming the first city to designate the Fourth a city-wide holiday in 1783. That's the same year Gov. Alexander Martin issued a state order making North Carolina the first state to officially celebrate U.S. independence on July 4. (source)

Congress officially declared July 4th a federal holiday back in 1870, but it took them nearly 70 years to give federal employees a paid day off.

July 4, 1938, was the first Independence Day that federal employees picnicked, barbequed and enjoyed fireworks without denting their paychecks. (source)

I hope you, and your loved ones, have a GREAT 4th of July!

This link takes you to a really cool retro 4th of July slideshow. I remember these days (picture below from 1960s) when the holiday was a lot simpler. Be safe! 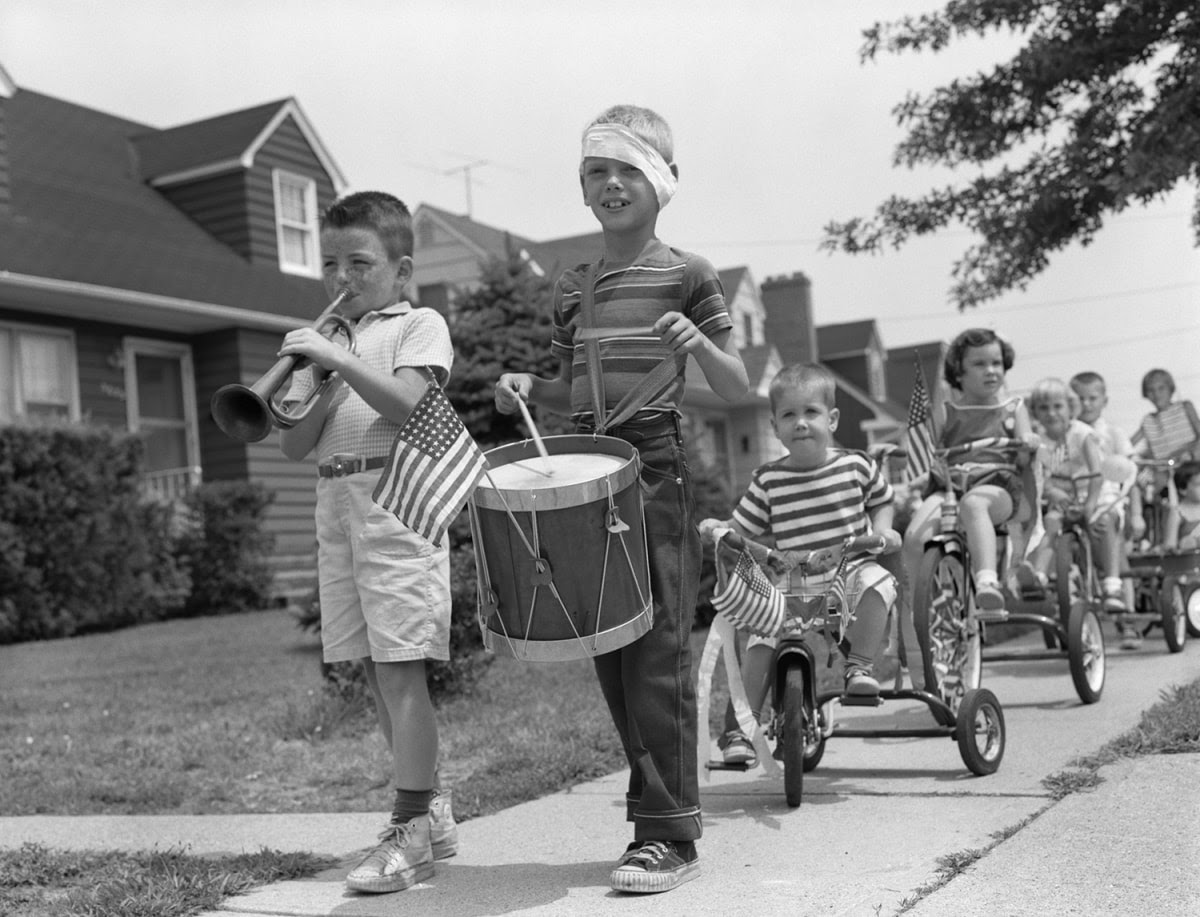 Illegal immigration is a very tough issue. My concern is that our tax system, public services, and general population concerns cannot withstand the burden of supporting people who don't contribute. I would be more in favor of a guest program which would allow workers to contribute while, if they wanted to stay permanently, earn citizenship through the proper channels. Yes, at the time of mass immigration in the late 1800's people were encouraged to migrate and sentiment was strong to do so, but now there are limits to how much or many that the country can accommodate.