Boehner’s next act, too much Hillary, Rove rants, & a stupid headline

Buckle up your seatbelt and jump into the fast lane with me for some news and views:

Between promoting her new book and exploring the possibility of running for the presidency in 2016, Hillary Clinton has been dominating the mainstream media for a long time.

Her followers, and detractors, make her the most famous female politician in America.

Some polls say a good percentage (55%) of average Americans can relate to her, but other news stories point out gaffes she’s made that can potentially be used against her if she runs for the Oval Office.

My take on all of this: I’m sick and tired of seeing Hillary everywhere I look! I feel like I’m being stalked when I turn on the TV or got to an online news source and see her crooked smile directed at me! 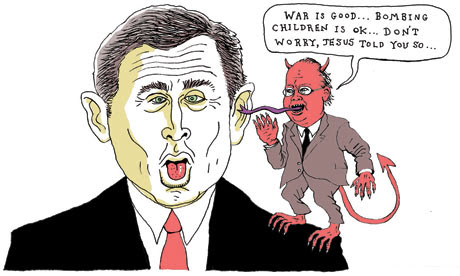 One of my favorite crazies from the last Bush presidency, Karl Rove, has crawled out from beneath the stone he’s been hiding under since Dubya left office.

With that twisted smile (more like a leer) Rove was back to his crazy old self comparing President Obama to King George during a recent Fox News broadcast.

Poor Rove. I’m convinced dementia has permanently set in at the tender age of 63. King George (oft referred to as Duyba) was the president before Obama. Rove, of course, was the court jester/fool.

Anyway….he managed to excite some Hillary Clinton haters by suggesting her health is bad and she’s viewed by many as being "old and stale." Forget about the polls that say otherwise. Rove seldom worries about reality.

Let’s face it, Rove’s driving mission in life is to lob rhetorical bombs at Hillary. Earlier this month, Rove questioned Clinton's health by suggesting that she had a "traumatic brain injury."

From traumatic to dramatic, we have one of my favorite political actors (his eyes can well up and burst into crocodile tears at the drop of a vote) House Speaker, John Boehner, who plans to sue the Obama administration over its use of executive actions on issues like the federal minimum wage, federal pay discrimination and new EPA regulations.

As far as I can tell, he wants to sue Obama for doing his job. Let it never be said that Boehner the Blubberer doesn’t have a good imagination, or lots of partisan gall. A career in acting looms whenever he decides to step down from politics.

It’s time to call Chicago “Murder City” once again. A weekend doesn’t go by without shootings that result in death or serious wounds. Most recent: 27 shots in Chicago Over Weekend The days when Al Capone and his henchmen terrorized Chicago never looked worse.

Stupid Headline for the day: