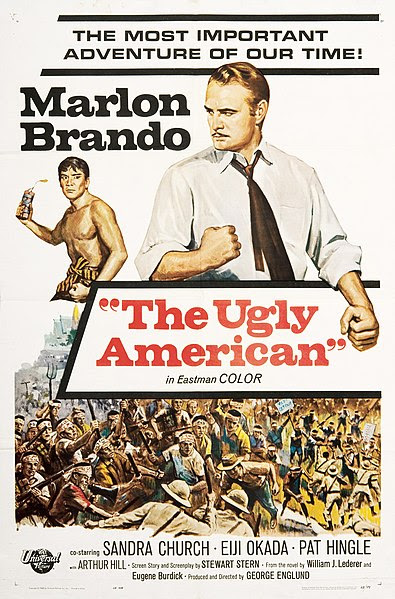 I remember back in the early 1960s reading the Ugly American – and seeing the 1963 movie about the novel, starring Marlon Brando.

It was a political novel and was written by Eugene Burdick and William Lederer.

The novel became a bestseller, was influential at the time, and is still in print. The book is a quasi-roman à clef; that is, it presents, in a fictionalized guise, the experience of Americans in Southeast Asia (Vietnam) and allegedly portrays several real people who are represented by pseudonyms.

The book describes the United States's losing struggle against Communism—what was later to be called the battle for hearts and minds in Southeast Asia—because of innate arrogance and the failure to understand the local culture.

The title is actually a double entendre, referring both to the physically unattractive hero, Homer Atkins, and to the ugly behavior of the American government employees.

Things have changed however in the 21st Century and now the mantle for ugly behavior has been passed onto the Chinese! Check out the following story from NBC News: 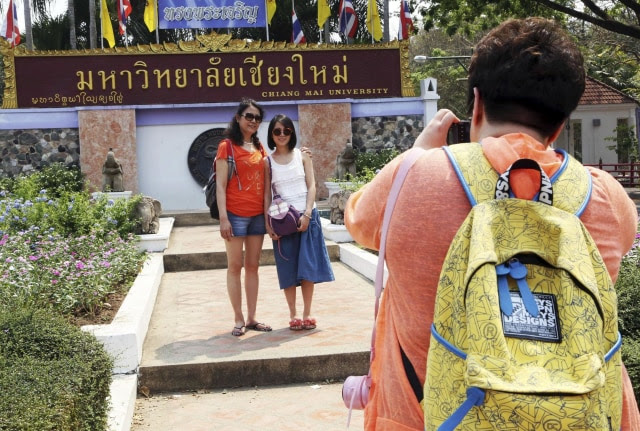 “Thousands have clambered aboard student buses at Chiang Mai University, made a mess in cafeterias and sneaked into classes to attend lectures. Someone even pitched a tent by a picturesque lake. The reason: "Lost in Thailand," a 2012 slapstick comedy partly shot on campus that is China's highest-grossing homegrown movie ever.

Now visitors are restricted to entering through a single gate manned by Mandarin-speaking volunteers who direct Chinese tourists to a line of vehicles for guided tours. Individual visitors are banned, and a sign in prominent Chinese characters requesting that passports be produced is posted by the gate.

With their economy surging, mainland Chinese have become the world's most common world traveler, with more than 100 million expected to go abroad this year. In 2012, they overtook the Americans and Germans as the top international spenders, according to the United Nations World Tourism Organization.

But in Chiang Mai and elsewhere, Chinese tourists have acquired the same sort of reputation for loud, uncouth, culturally unaware behavior that inspired the term "Ugly Americans" decades ago. (read full story here)