Essay for the Day: Recognizing when not to ‘die’ over an issue 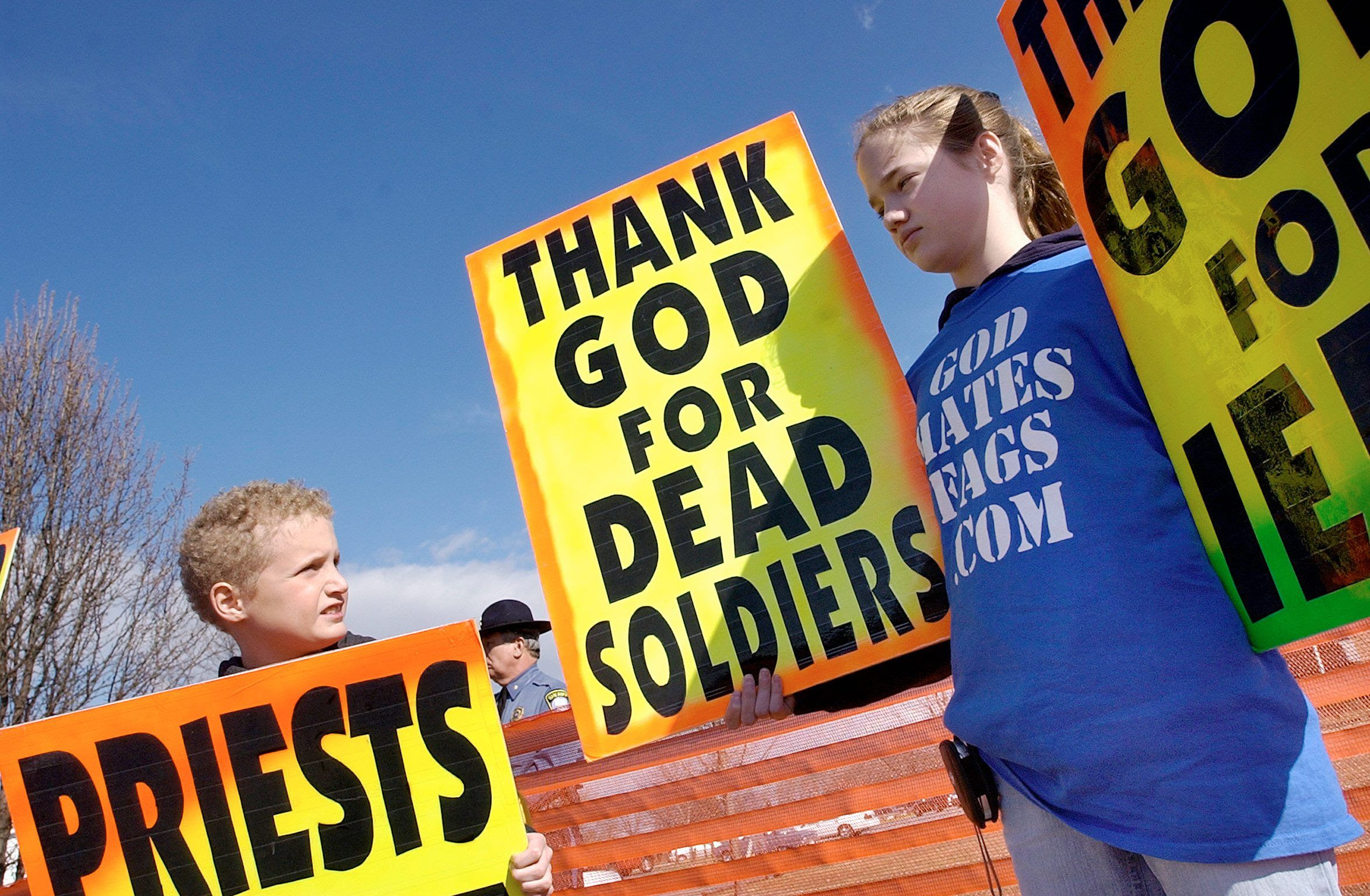 Have you ever heard the phrase, “It’s not worth dying for?”

Basically, it means there’s no use getting stressed out over things when the result is you’re the one who will suffer.

Not that politician who angered you. Not that jerk who cut you off on the freeway. Not that clown who claimed to be pious, but was actually a child molester. You’re the one who will suffer the consequences of increased blood pressure, or heart attack, when your anger gets the best of you.

Fred Phelps was often called "the most hated man in America," a label he seemed to relish. When he died in March it reminded me of something that happened March 10, 2006, when he and his hate-infused family picketed the funeral of Marine Lance Corporal Matthew A. Snyder in Westminister, Maryland.

I had to remind myself not to get too upset when I heard the Supreme Court’s decision to allow the Westboro Baptist Church (WBC) to continue picketing Army funerals. Watching that hate group taunt the families of dead American servicemen on TV practically sent me through the roof!

For days, I fumed over the decision, but the more I thought about it, the more I realized it was the only decision the justices could make. Free Speech was challenged and had to be upheld, regardless of how hateful that speech was. It still hit me hard.

As a Vietnam veteran (1970 - Army) I looked at the decision with biased eyes. Gut reaction. Those fallen men and women were my brothers and sisters, and the WBC was allowed to mock their deaths. To disrupt a sacred ritual of comfort for the living over their loss. How wrong was that?

Matthew Snyder was killed in Iraq in 2006 and his funeral was picketed by Fred Phelps and his Westboro Baptist Church, Albert Snyder, Matthew’s father, told Katie Couric on CBS News.
He also said, “When the government won’t do anything about it, and the courts give us no remedy, then people are going to start taking matters into their own hands. And believe me someone is going to get hurt. And when the blood starts flowing, let it be on the Supreme Court Justices’ hands.”

I felt Albert Snyder’s pain. I didn’t lose a son, but I felt like the whole world was turned upside down, and wrong was right. The bad guys won. Chaos was creeping nearer. Then I heard Tom Brokaw say something that really struck a cord with me. He mentioned the veteran groups that were attending military funerals to shield the families from Phelps and his minions.

If anything, the WBC has caused attendance to increase at military funerals across the nation. The fallen are actually getting more recognition for their sacrifices than before the WBC started their vile campaign against them.

For years, I’ve read about low attendance at military funerals. They even had a hard time finding people to play “Taps” and used tape recordings instead. The services were generally confined to immediate family and friends, in spite of being open to the public.

Look at what’s happening now. Hundreds, and in some cases thousands, of strangers are going to military funerals to show their respect and solidarity against those who would profane such a sacred event. I wouldn’t be surprised to see even more dramatic increase in attendance after the WBC promised to “quadruple” their demonstrations after the court’s decision.

The mistake Albert Snyder made was he was prepared to “die over something” that’s not wrong according to our Constitution. As a father, I completely understand how emotions can run strong when it comes to our children.

The WBC is morally wrong without a doubt, but the court can’t use that as  factor in its decision for freedom of speech. Hopefully, Snyder was able to take some solace since his son’s funeral brought about an awareness of military deaths.

The public needs to be reminded that Americans are dying in our never-ending wars. Matthew Snyder’s legacy is he died fighting for his country and his funeral became a wake up call for America.

Violence at military funerals, as Snyder suggested may happen, is not the answer. Violence is never the answer. The Supreme Court’s decision was the right one. Threatening the WBC members will accomplish nothing and will only keep them in the spotlight they crave.

Putting things in perspective; a small cult/church is spewing hateful messages and will do or say anything to get attention. Most of the country disagrees with them, and the end result is an awareness of military deaths and a re-affirmation of free speech.

Few things in life are really worth “dying for” and the ability to recognize that means a longer and happier life.