About a hater out of control: When hate turns murderous 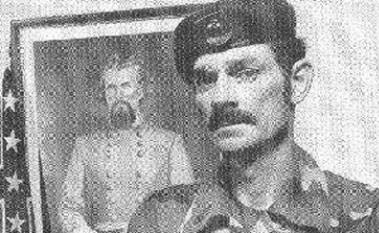 Hate is like cancer, it spreads and eventually consumes a person.

That appears to be the case for, Frazier Glenn Cross, the poster boy for hate in America.

He was arrested last Sunday,on the eve of Passover, after murdering a a 14-year-old Eagle Scout and his 69-year-old grandfather at the Jewish Community Center of Greater Kansas City campus in Overland Park.

Cross, a Vietnam veteran, has devoted his life to hate. He preaches white supremacy and has organized armed militias, stockpiled military weapons and plotted to kill the founder of the Southern Law Poverty Center, which sued him in 1984 for trying to intimidate blacks in North Carolina.

Cross was involved in extremist politics as a young man, but became active in the KKK after returning home from the Vietnam War, where he served in the Army's Special Forces.

When he lived in North Carolina, he became head of the Carolina K

nights of the Ku Klux Klan. He turned the chapter into a paramilitary group - with help from soldiers stationed at Fort Bragg -organized against minorities and their advocates.

His life has been devoted to hating non-white people, and he even makes an exception there including white Jews in his deranged attacks. So how does this poor excuse for a human end up? He’s going to be tried for murder.

But you want to know the real kicker? None of the three victims were Jewish!

A perfect example of all-consuming hate out of control. There’s only one thing to do with a crazy bastard like him; lock him up for life in solitary so he has time to think about the path he took.