Distracted Pedestrians Narrowing the Gene Pool: There goes another one! 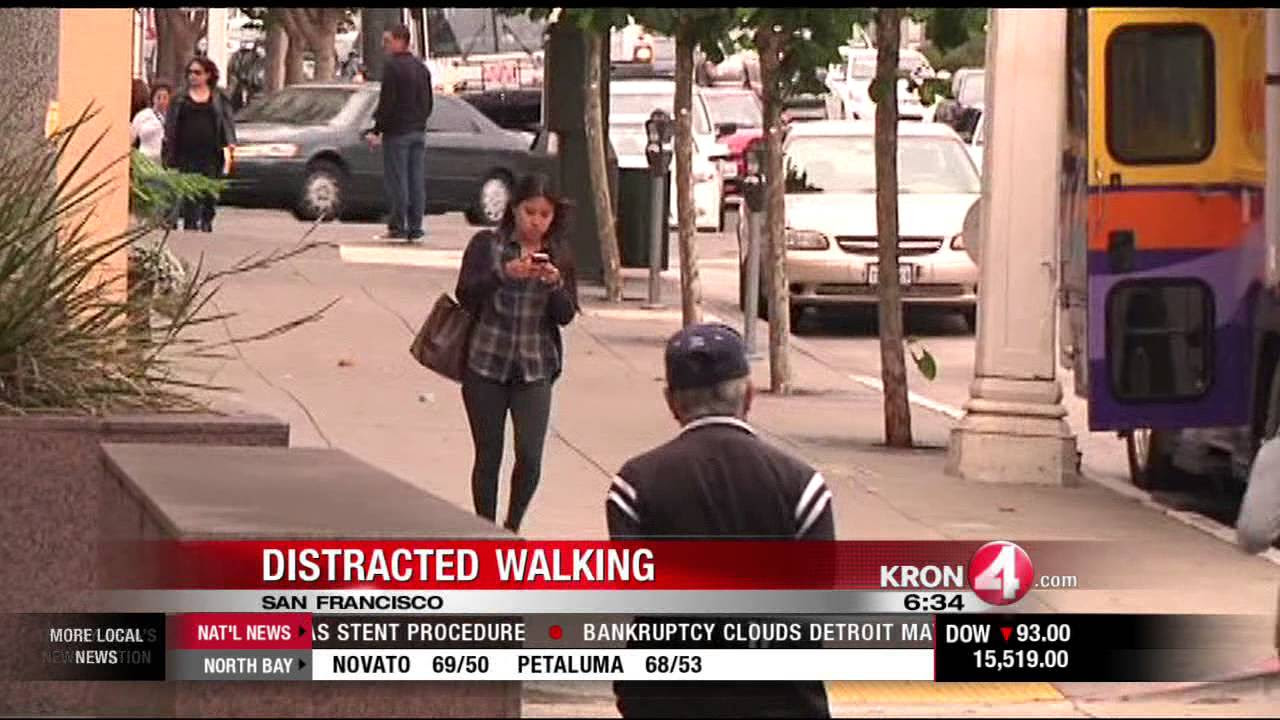 Nostalgia moment; remember the old phrase, “…so and so can’t walk and chew gum at the same time?” It’s time to update it, and bring it into the 21st Century.

Now we can say, “…so and so can’t walk and text, tweet, play video games, and talk on the phone at the same time.” And we have statistics to prove it. One more thing, it’s called “distracted walking,” but I think that’s too nice a way to put it.

Some readers may question why I’m bringing up this subject. It’s only been a year since I complained about a new texting and driving law in California. Some of you may wonder, “What’s the deal with Dave? What does he have against technology?”

The answer is, nothing. It’s the idiots who don’t use modern technology safely because of a lack of common sense who interest me. I’m not really worried about getting walked over by a “distracted walker” as I’m sure I’ll see him or her before they see me. I’ll get out of the way. It’s when they step out into traffic that I can’t help cringing.

“Distracted walking” is a greater problem than I realized. Data collected by the National Highway Traffic Safety Administration shows that pedestrian fatalities rose by 4.2 percent from 2009 to 2010, and injuries increased by 19 percent during the same period.

You may remember I pointed out a report on traffic fatalities caused by “distracted driving.” The first three months of this year saw a 13.5 percent jump in drivers dying because of distracted driving. Sobering data to say the least.

I’ve gathered some information that indicates “distracted walking” is emerging as a public health concern. In 2011 alone, 1,152 people were treated for injuries caused by distracted walking, according to data collected by the Consumer Product Safety Commission. 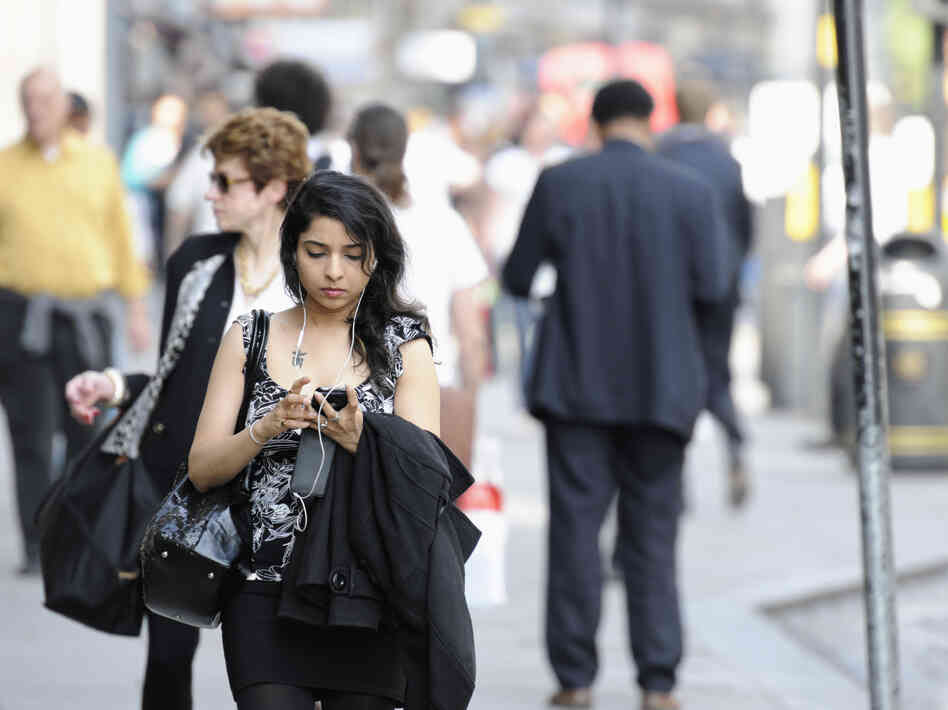 That number is likely a gross underestimate since doctors or nurses may not have asked whether the patient was using a mobile device at the time of the accident, according to a July 30, 2012, AP report.

"We are where we were with cell phone use in cars 10 years or so ago. We knew it was a problem, but we didn't have the data," Jonathan Atkins, executive director of the Governors Highway Safety Association, said in the same report.

Here’s more revealing information: researchers at the University of Maryland identified 116 cases in which pedestrians were killed or seriously injured while wearing headphones. Two-thirds of those injuries involved men under the age of 30, and half of them involved trains.

If you go to YouTube there are endless videos of distracted people walking into things, or off them. Great for laughs. Funny stuff, right? Cathy Cruz Marrero, the woman who tumbled into a fountain while texting and walking in a mall in Pennsylvania, didn’t think it was too funny.

She’s a star on the internet now. She wasn't injured, but she told CBS News that she cried for days after footage of the accident landed on YouTube, where it was viewed more than 2 million times. There’s another popular YouTube video starring distracted walker Bonnie Miller, a Michigan woman who recently fell off a pier while texting and walking. "I can't let pride get in my way of warning other people to not drive and text or walk and text. It's quite dangerous," Miller told ABC 57, a local television station in South Bend, Indiana.

There was nothing funny about her husband and a 19-year-old bystander jumping into the cold water to save her. She wasn’t laughing when Firefighters and the Coast Guard arrived and threw them floatation devices. Lucky for her it was just a humiliating experience and she’s alive to talk about it.

Another lucky distracted walker whose story has gone viral since it happened in 2009, is Alexa Longueira, of Staten Island, N.Y. This teenager fell into an open manhole while reading a text on her friend’s cell phone. According to a report by WABC, she fell 6 feet into four inches of raw sewage.

Unlike distracted driving, I don’t think there should be any laws against distracted walking; it’s probably an effective way to thin out the gene pool!

People who do not use technology safely are dangerous towards their own safety and safety of all others around them. DUI arrest can be frustrating, but one have to be cooperative throughout the process. A DUI can even, in some areas, result in the forced forfeiture of your vehicle to the state. Hiring DUI Lawyers can help you in avoiding these penalties. My brother is system admin at a DUI attorney Los Angeles office and he often tells me how DUI cases if not fought properly can destroy your life.