OUCH! The Financial Pain of Childbirth in 2013

But when I look at the rising cost of childbirth in America I have to wonder why we lead the world in this category?

With Congress battling over defunding Obamacare, the future looks bleak for a resolution to this problem. There’s thousands of Americans without insurance and unless we do something about it healthcare costs will continue to cripple families in this struggling economy.

My wife and I had three children from 1975 to 1980. During that time, my job provided healthcare insurance and we had one less financial challenge to contend with as young parents. Parents today are faced with sky high medical costs and many are not insured because they’re self-employed. The result can be a cash catastrophe to a family’s finances.

Over the last 15 years, the cost of vaginal deliveries has practically doubled in th 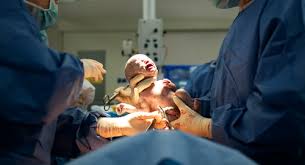 By contrast, the average cost for an uncomplicated vaginal delivery last year in Switzerland was $4,039 and the average cost in France was $3,541, according to the International Federation of Health Plans (IFHP). That's nearly half to a third of what it cost in the U.S.

In fact, the United States is the most expensive place in the world to give birth, according to the IFHP. The reason, experts say, has to do with the way hospitals calculate our bills.Worse yet, there was a huge variation in costs for the same services from hospital to hospital. Estimates for the cost of a C-section, for example, ranged from $6,000 to $28,000.