Finger-Print Scan Hacked within 72 hours – what took so long?

On Sunday, after the iPhone 5S went on sale, a German hacker collective became the first to claim victory over the gadget's much-buzzed-about Touch ID fingerprint security system.

And they did it pretty much the same way Bane's flunkies breached the biometric passcode on Bruce Wayne's stock exchange account in "The Dark Knight Rises," — using a copy of Batman's fingerprints (created by Catwoman after she did some light dusting around Wayne Manor). 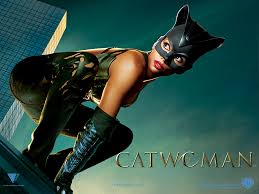 Even before the Chaos Computer Club, one of the largest and well-known hacker collectives, crowed victory via the tried-and-true "fake finger" method, Apple's first foray into biometric security wasn't getting a lot of respect. Amid concerns over privacy — Sen. Al Franken, D-Minn., asked if Apple might share stored fingerprintswith third parties or the government, the way tech companies do with other customer info — and hacking, the jokes kicked in.

A cat's paw, a nipple and a crowd-sourced bounty to the first person to hack Touch ID are likely just the beginning of a running gag at Apple's expense. In this day and age no gaffe gets by social media.

When I first heard about the fingerprint idea I knew that it was stupid idea, and it would only be a matter of time before being exposed. Who would want to voluntarily give up such a personal ID marker for “convenience and supposed security?” Well I guess there were some naïve consumers out there and they’re probably feeling kinda sheepish today!