I’ve got some photos for you this Monday that are really impressive. You may have seen some modern versions of people art by artists like Spencer Tunick who makes his artistic formations from thousands of naked people. But the vast scale of these early group photos is really awesome. And just think how crude the cameras were back then! They used a 11x 14” camera. No special lens or settings like we have now. Enjoy…

Just before the World War One the country needed patriotic images, aiming to recover national identity with the help of the rising art of photography. Arthur Mole (1889-1983) together with John Thomas used their 11 x 14-inch view camera to create the so-called "living photographs", done on a monumental scale. 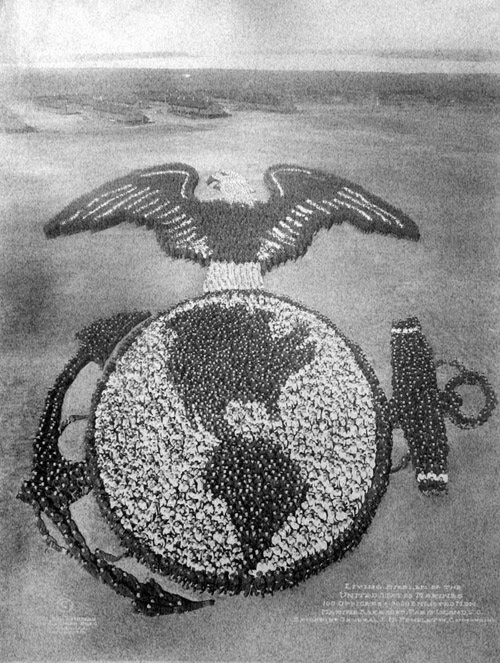 By arranging thousands of soldiers (reservists, or nurses) in various patriotic symbols and photographing them from above, they were able to use lines of perspective to transform meaningless masses into artistic shapes and even portraits. 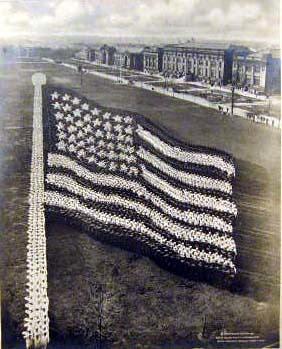 Based in Zion, Illinois, Arthur Mole visited many army, marine and navy camps across the country, carrying out his inspired & monumental work.

He was clearly influenced by the patriotic spirit of his fellow Americans during a "life during wartime", as well as driven by his personal spiritual convictions. In the end, Mole and Thomas donated the entire income from their endeavors to the families of the returning soldiers and the government's efforts to re-build their lives.

(See more images at the Library of Congress gallery, not copyrighted)

One of the most notable photographers of "living people groups" was Eugene Omar Goldbeck.

Along with the lar