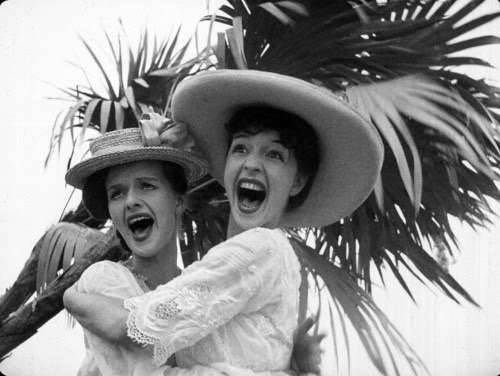 Audiences will be lining up to see the premiere of a new movie from one of film’s greatest directors this October – 75 years after it was made.

Welles's wife Virginia Nicolson (left), as Lenore Faddish, and Ruth Ford (Mrs. Billings) scream as their men fight. All of the black-and-white movie scenes displayed here were taken from the 35mm nitrate print of Mercury Theatre's "Too Much Johnson," directed by Orson Welles.

“Too Much Johnson” was the last movie Orson Welles’ directed prior to making "Citizen Kane" in 1941.“Johnson” is one of Welles’ first-known professional films. Story here