As It Stands: SNAP! Brains May Have Built-in GPS Systems 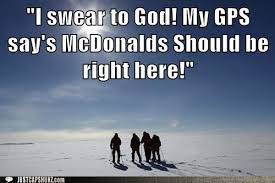 I’ve got some interesting thoughts – and an article – about demystifying how humans navigate.The new study cited below suggests we use location mechanisms similar to those of rats and other animals.

Why do we use rats so often in studies about humans? I’m sure there’s some geeky argument for it, but it doesn’t seem right to me. Yes, I’ve known some Rat Finks (when was the last time you heard that term?), but their anatomy is much larger.

Back to brains and GPS systems. I’ve always been somewhat challenged as to which way was north or south without a compass in hand. I remember one particularly dark night in 1969, when I was going through a night navigation training course at Ft.Leonard Wood Missouri, when I would have given a body part for a GPS device! Of course, they didn’t have them then. 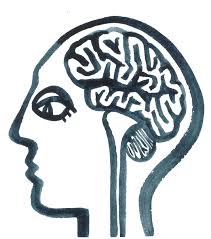 Perhaps before being affected by Alzheimer’s disease I’ll be the lucky candidate for a GPS implant in my skull! I currently know a lot of people who could use an GPS implant. Call me a chauvinistic pig, but most of the women I’ve known in my life are seriously directionally-challenged! Okay! Okay! Take it easy. Now take a deep breath. Okay?

Moving on. I’d like to make a suggestion to the researchers who use rats to learn about humans; “It’s time to come up with something better than rats. This is the 21st century. Design a medical software program that will test human’s ability to accept a GPS implant. Just think of the problems that would solve!”

Here’s that article I promised:

“A type of brain cell known to help animals keep track of their location has been found for the first time in humans, according to a new study.

Researchers discovered the neurons, called grid cells, because they were activated in the brains of study participants exploring a virtual environment. The cells function like an internal GPS system, and may also play a role in memory, the researchers said.

"Grid cells tell a person where they are in their environment," said study researcher Joshua Jacobs, of Drexel University in Philadelphia, adding that in animals the cells provide a kind of measuring stick for navigation.” (Story here)