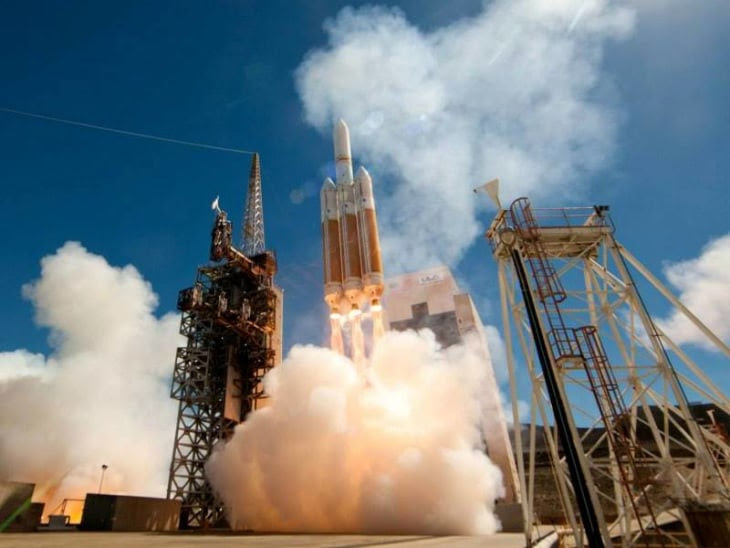 The United States' largest rocket launched a spy satellite on a hush-hush mission today. An unmanned Delta 4-Heavy rocket lifted off the pad at California's Vandenberg Air Force Base at 2:03 p.m. ET (11:03 p.m. PT) Wednesday, carrying a classified payload into a polar orbit for the U.S. National Reconnaissance Office.

"Today's launch is dedicated to the men and women who serve for our nation's freedom," a commentator said a few minutes into the liftoff. [See more photos of the spy satellite launch]