I’m Not Sure What to Think about Edward Snowden–How about You? 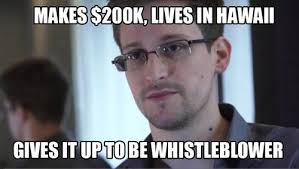 Is he a saint or a showman? Or, is it possible that Edward Snowden is a combination of the two? I’m having a hard time deciding. Being somewhat of a skeptical sort, I always question a person’s motives for doing things – good, or bad.

Are we all witnessing the channeling of Patrick Henry, via Snowden? “Give me Liberty or Death?” Is it possible Edward Snowden cares so little for his personal safety that he would expose NSA spying methods – and almost Jesus-like - offer up his life as a sacrifice for his fellow Americans?

"I don't want to live in a society that does these sort of things," Snowden told The Guardian. "I do not want to live in a world where everything I do and say is recorded. That is not something I am willing to support or live under."

"You are not even aware of what is possible," Snowden told the world.

As we've seen, the NSA's story on "abuses" keeps changing. First there were no abuses at all, then there were a whole lot of abuses (but all unintentional) and now we know that there also were a bunch of intentional abuses. 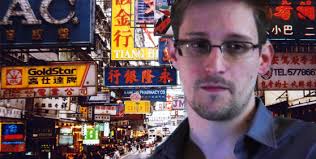 Some people are saying Edward Snowden Did Not Want to Stay in Russia any more than Russia wanted him to do so. I’m not sure if we’ll ever know the answer to that. There’s really not enough information out on him to understand the man. Here’s 10 Things Everyone Should Know About Edward Snowden however.

Here’s a link to a YouTube video that hardly anyone appears to have seen.

On screen is Matt Damon, who appears to be talking to a journalist of foreign provenance.

He is being asked what he thinks of Edward Snowden. Astonishingly for someone who has been Jason Bourne and knows the danger of such things, he is answering the question.

"I haven't read everything that he's leaked," he admits. Who has? Even the government doesn't know what Snowden secreted on his gadgets. 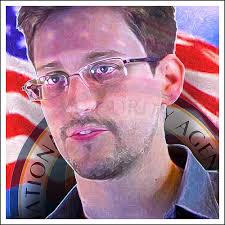 "Snowden is a hero because he realized that our very humanity was being compromised by the blind implementation of machines in the name of making us safe," writes Douglas Rushkkoff of CNN.

"Unlike those around him, who were too absorbed in their task to reflect on their actions and pause in their pursuit of digital omniscience, Snowden allowed himself to be 'disturbed' by what he was doing."

Is that a fact? I wish I knew more about Snowden’s personal life. He almost seems to be too good to be true. He’s making Americans ashamed of themselves for not demanding more accountability from our government.

Does one’s peace of mind, one’s sense of duty, and one’s love of country motivate them so much they’re willing to give up a normal life and to be a fugitive? It’s been a long time since I’ve seen anyone like that. I might even have to check the history books. Or, the Bible!