Hackers Attacked Everything from the NY Times to Baby Monitors!

Hacking is back in the news.

Two current stories of hackers demonstrate how they can touch anyone in the world when they feel like it. It can be serious stuff, or just pranks.

But, hacking is hacking, and it sucks to be hacked!

This time a group known as the Syrian Electronic Army was the culprit. The New York Times website, nytimes.com, was hacked Tuesday, taking the the site down for a second time in two weeks.

Perhaps it was just coincidence, but the attack on one of the nation's major media organizations came as the United States weighs penalizing Syrian President Bashar al-Assad and his military for using poison gas on his countrymen. 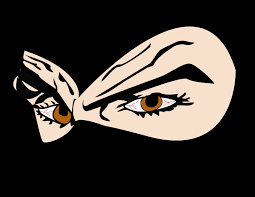 Domestically, I ran across an odd story of hacking.

Marc and Lauren Gilbert were terrified when they heard a strange voice calling out to their 2-year-old daughter Allyson, through a baby monitor in her room. The Texas family learned the hard way that almost anything connected to the Internet can get hacked.

A voice coming through a baby monitor, that was hooked up to the home's wireless Internet system, appeared to be operating on its own. CNN reports that the hacker used the device to curse and say sexually explicit things to the sleeping girl - calling her by name and telling her to wake up.

Gilbert says the hacker was able to take control of the camera and see his daughter's name on the wall. In a panic, he pulled the plug on the device. The girl was not disturbed by the hacker's calls because she was born deaf, having to depend on a cochlear implant to hear.

Parents can protect their homes by setting a strong password. Experts recommends using Wi-Fi Protected Access 2 (WPA2) to set up a password because it uses better encryption standards and is very difficult to crack, especially combined with a good password.

This kind of thing may go unreported, but I’ve heard of a phenomenon called "wardriving" -- where people drive around looking for homes with weak wireless security. When they find one, they hack into whatever is easiest.