I’m taking a blog break because I’m moving to Southern Oregon. I will report back on September 4th, and let you know how things went.

I hate moving, but there comes a time when we need to. As for California…I’m not going to miss living in the #1 worst state for retirees due to excessive taxes! You get taxed for farting in California.

So, it’s on to Oregon and the adventures that this move will surely bring. At 62, I’m a little long-in-the-tooth for all the lifting involved, but I’ll be damn if I’m going to pay some professional movers! Two of my sons will handle the heavy stuff. 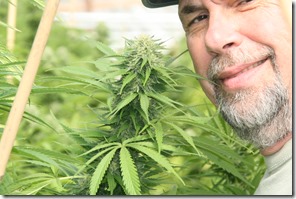 File the next story under the “I’ll believe it when I see it” department:

“The Justice Department will not sue to prevent the states of Washington and Colorado from permitting recreational marijuana use for adults.

Officials said that Attorney General Eric Holder called the governors of both states on Thursday to inform them that federal authorities won’t pre-empt their state laws permitting recreational use of the drug, which voters approved last year via ballot initiatives.

Holder told the two governors that the Justice Department will use a “trust but verify” policy, saying the federal government won’t step in to prevent the implementation of the marijuana laws if the states develop a sound, workable regulatory structure.” Story here

If this turns out to be true, California needs to get some long-awaited respect for their vote on Medical Marijuana. The feds have trampled on California voters for years now with blatant disregard for their decision to legalize it for medicinal use.

I’m taking bets on this next story. What do you want to bet this Wall Street bigwig beats this rape rap? 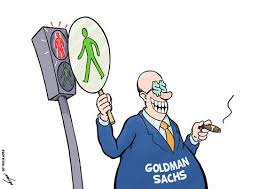 A Goldman Sachs Group managing director has been indicted by a grand jury on charges of raping a 20-year-old woman during a party last week at a house he rented in the up-market Hamptons area of Long Island, according to court filings.

Jason Lee, 37, was indicted on Wednesday on one felony charge of first-degree rape and two misdemeanor charges of assault and sexual misconduct, according to the filings.

Police said last week that Lee was arrested on Aug. 21 in East Hampton, New York, after police, responding to a complaint about a stolen car, found the unnamed woman, who alleged she had been sexually assaulted. Lee was released on $20,000 bail.

This last story is kinda scary when you think about it:

It only makes sense: Neuroscientists see a link between your drive to build a better reputation and the intensity of your Facebook usage. They say the two activities stimulate a reward center in the brain, known as the nucleus accumbens, in a similar way.

The nucleus accumbens figures in a wide variety of cravings, including food and sex as well as gambling, booze and rock 'n' roll.

That little knot of neurons also plays a part in how good you feel about financial gain — but in a series of experiments, researchers in Germany found that Facebook usage seems more closely related to a boost in reputation than a boost in the bank account.

Trump didn't get the message when Facebook extended his ban another six months. We know this because he immediately tried to launch a w...