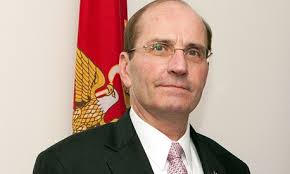 Today’s topic is John Gingrich, soon to be former chief of staff for the Department of Veteran Affairs. He’s history this Sunday, and I say good riddance! He’s officially retiring (instead of being held accountable for the waste under his watch). His legacy is chaos.

Photo of John Gingrich via Department of Veteran Affairs

This retirement announcement comes seven days after members of Iraq and Afghanistan Veterans of America met with White House Chief of Staff Denis McDonough about the chronically long claims-benefits backlog, which is managed by VA. Specifically by John Gingrich whose track-record is pathetic and borders on criminal. 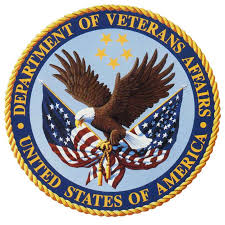 Paul Rieckhoff, called on President Obama to find an immediate fix for the backlog, adding the time had come "to go above the VA" on the problem. Rep. Jeff Miller, R-Fla., chairman of the House Committee on Veterans’ Affairs, called for Gingrich to resign in October after revelations surfaced detailing improper VA spending.

Miller also condemned Gingrich’s approval of an $8 million budget for a pair of VA human resources conferences held in Florida during 2011. The pressure is on VA Secretary Eric Shinseki to find a suitable arrangement ASAP.

Obama urged to step in to fix VA backlog

CALLS FOR MORE REFORM AT VA AMID SPENDING SCANDAL