Cockroaches won’t inherit the world some day, cell phones will! 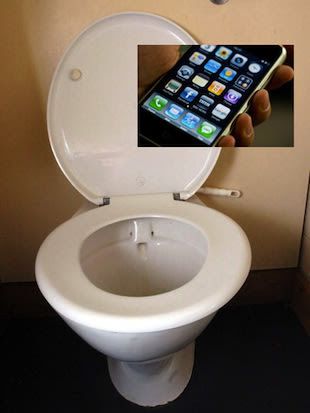 I don’t like cell phones. If they didn’t have some real emergency applications, I’d smash them on sight! We can thank them for a quantum leap in public rudeness. Have you ever stood in a store check-out line and the customer is too busy talking on their cell phone to even pay attention to what the cashier is asking? That’s just rude.

Cell phones are multiplying faster than our national debt.There are now more wireless devices being used in the United States than there are people, and Americans have doubled the amount of Internet data traffic they generate on smartphones, according to the trade group CTIA.

Countless cell phones squawk during movies in public theatres across the country and when airline stewards ask passengers to turn them off they’re ignored. Users walking along streets drop into manholes and off of piers they’re so focused on texting.

People are killed every day driving with a hand held cell phone glued to their ear while careening down the road at breakneck speeds. And we can’t forget driving and texting. Those wonderful little cell phones have more applications than a Swiss knife on steroids! For some reason people think they can text and drive – until it’s too late and they end up a road statistic. 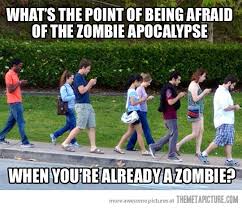 Talk about creepy. When you walk through airports and malls and other places where people are packed in like sardines, most are plugged in to their cell phones nearly unaware of others around them. Kinda like zombies. It use to be when you saw someone walking along and talking to themselves you knew they had a mental problem. Not anymore.

My main cell phone bitch for today can be found in the article below: