Clarence Earl Gideon: A little guy who stood up for his rights against a flawed legal system 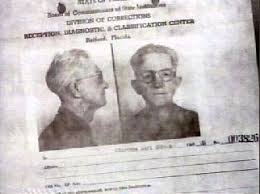 Don’t feel too bad if you never heard of Clarence Earl Gideon. He changed history, although his legacy is lost to all but law students and scholars. I gotta tell you though, Gideon was no angel.

But, because of Gideon, an ex-con and poorly-educated gambler, you’re guaranteed legal representation even if you can’t afford it when accused of a state crime. In Gideon v. Wainwright, a unanimous Supreme Court declared on March 18, 1963, that the states were required to provide legal counsel for defendants in felony cases who could not afford an attorney.

Prior to Gideon, there was a loophole in the law and if you were indigent…you were guilty. I wouldn’t hold this guy up alongside George Washington or some other great American…but I do hold him up as a man who declared he was an American with rights…and proved it.

A 'nobody's' legacy: How a semi-literate ex-con changed the legal system