New Blog Series: ‘Why Politicians Are So Damn Funny!’

As It Stands – this Blog – is proud to premier a new series called: “Why Politicians Are So Damn Funny!” today…

This series is exclusive to this blog and won’t be found anywhere else – unless other blogs, etc. pick it up and re-publish it, which is okay.

To jump-start the series I’m introducing Newt Gingrich’s latest lunacy where he clashed with Neocon Karl Rove (aka Darth Vader) over billionaires selecting Republican candidates. This is rich (pun intended):

We’re talking about the same Newt Gingrich, who failed at his attempt to become our next president - and who was bankrolled by Sheldon Adelson, the Vegas-based casino magnate, and his wife, Miriam, who donated a total of $20 million to the 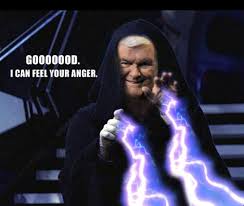 Gingrich recently wrote this in the conservative publication Human Events:

I am unalterably opposed to a bunch of billionaires financing a boss to pick candidates in 50 states. This is the opposite of the Republican tradition of freedom and grassroots small town conservatism.

No one person is smart enough nor do they have the moral right to buy nominations across the country.

That is the system of Tammany Hall and the Chicago machine. It should be repugnant to every conservative and every Republican. 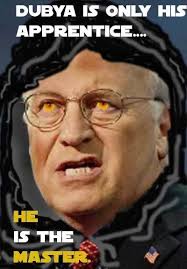 How can anyone take Newt seriously? Apparently a group of other maverick conservatives have joined up with him to attack Darth Rove’s Conservative Victory Project, a new initiative associated with the super PAC American Crossroads to ensure more electable congressional candidates.

In other words, Rove and other members of the Evil Empire are trying to clean up the current list of conservative Republican candidates who don’t drink the same Kool Aid as them. Extremists replacing extremists. Even worse than the blind leading the blind.

The laugher here is that neither side of this conservative schism is in touch with voter reality. No matter who they come up with, the candidate isn’t going to get enough angry white men votes to get into office. But what the heck? They do provide a few good laughs as they fumble around the political landscape and pollute it with their twisted dreams.

As It Stands, all of these ideological idiots have lots of money and time to imagine a world were no one challenges their wealth or political aspirations.