Good Question: What are the police doing on my Facebook page? 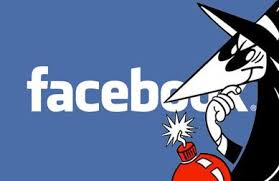 Law enforcement authorities spying on activists' Facebook pages is a disturbing sign which evinces an urgent need for legislation drawing clearer lines around what is and what isn't acceptable.

The social justice protest of summer 2011 was a seminal event in Israeli history. What started with a small group of people pitching tents on Rothschild Boulevard and reached a peak with half a million people out in the streets had an indisputable effect on public discourse here. The evidence of that is the major role that social and economic issues played in the recent election campaign. But even as that change took place, another, less talked-about one happened as well: The leaders of the protest were marked by the Israel Police, which put their Facebook pages under surveillance and submitted them as evidence to the court (Haaretz, February 10, 2013).

The Israel Police is not alone in these actions. In December 2012, The New York Times reported that according to FBI documents, FBI agents had been watching the members of the Occupy Wall Street movement since September 2011, exchanging information with employers, universities and police officials. The FBI regarded spying on the activists as part of the war on terror.

A report released by Gartner Research predicts that by 2015, 60 percent of organizations will have formal programs to snoop on social-networking sites to keep information secure and prevent electronic break-ins. Today, less than 10 percent of companies keep track of their employees’ social-networking profiles. In March of last year, Facebook announced that it was considering taking employers who had asked for the names and passwords of job candidates to court. (Read the whole article here)