AS IT STANDS WISHES READERS A HAPPY 4th OF JULY! 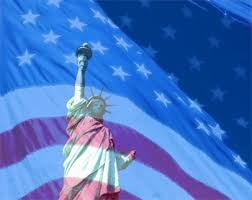 As far back as I can recall, fireworks have been an integral part of celebrating the 4th of July. When I was a kid the holiday simply meant an opportunity to make some righteous noise with rockets and cherry bombs.

After I came back from Vietnam in 1971, 4th of July fireworks took on a new ugly aspect that left me jumping at every loud boom. As the years have gone by, I sympathize more and more with animals and other combat vets who cringe rather than enjoy the loud popping noises in the night.

The rockets red glare takes on a sinister aspect, especially to Vietvets who remember the red and green tracers stitching the sky during midnight firefights. It seems ironic to me to have fireworks disturbing peaceful skies at home in the name of a holiday.

“As millions of Americans celebrate Independence Day on Wednesday, there are some whose holiday won't be going off with a bang.

One of America's top fireworks firms said the industry, still suffering due to the nation's economic woes, is experiencing its toughest times since the Vietnam War era when the country was divided over such flashy displays of patriotism.

"What we are seeing now in the fireworks industry is equivalent to what happened in the '70s," said Philip Butler, vice president of Fireworks by Grucci, based in New York.

"At that time, unfortunately, people were tending more to burn the flag than to wave it. Fireworks suffered until 1976 when we celebrated the bicentennial and then they came back considerably," he said.

About $217 million will be spent on an estimated 14,000 Fourth of July fireworks displays across America, a Grucci spokesman said. But 70 percent of those shows will be at private or corporate events in premier locations like the Hamptons, Malibu, Lake Tahoe and the Jersey Shore, according to Grucci.

Tight local budgets - as well as wildfire threats - have forced at least 100 communities from Tanglewood Park, North Carolina, to Half Moon Bay, California, to forego the traditional Fourth of July razzle dazzle.A $1 million hole in the Lynwood City Council's budget caused the California town to end its tradition of Fourth of July fireworks. Its Candy Cane Lane Parade and Winter Wonderland Christmas events have also been axed.

Other communities have banned fireworks displays because of heat and dry conditions. Affected areas include the Tennessee city of Springfield, a dozen communities in Ohio including Kent, Richmond, Newark and Wright Patterson Air Force Base in Dayton, and the Indiana towns of Brownsburg, Hartford City, New Palestine, Beech Grove, Greenfield, Kokomo, Auburn and Delphi.” (source)