Tired of forgetting peoples names? There’s a way to solve that 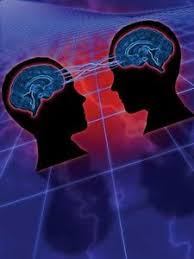 I freely admit that I often forget people’s names. I can blame part of that on my PTSD short term memory, but it goes beyond that. When I was working, I was meeting new people daily for over 20 years, and I struggled remembering names back then.

Are you tired of going down that road…where faces don’t bring automatic recognition after meeting someone for the first time? Would you like to improve your memory? It just so happens I ran across an interesting article that may help you. Here it is:

“Tired of finding yourself in that awkward situation where you recognize someone's face, yet you can't recall their name? New research in Psychological Science sheds some light on the phenomenon.

Scientists recently discovered that a face's features, more than the entire face per se, are the key to recognizing a person. "In the past, it was believed that we look at faces holistically in order to recognize the face," says Jason M. Gold, coauthor of the study and associate professor of psychology at Indiana University. "But surprisingly, we found that the whole was not greater than the sum of its parts."

But how can you put this ability to hone in on features to good use? We reached out to Scott Hagwood, author of Memory Power and four-time National Memory Champion, to teach you how to utilize that memory of yours and never forget a name again.

Wordplay
The key to remembering someone's name is making a connection between their name and something that you can easily remember, says Hagwood. So right off the bat, see if the name itself does the work for you. Alliteration and rhyming can be very helpful, says Hagwood. For example, you remember Lucy due to her luscious lips (alliteration), or you were introduced to Cole, who has a large facial mole (rhyming).

Form a trigger
Let's say you meet "Henry," yet this isn't the first "Henry" you know. Since you have an old Henry in mind, try to form a connection between the new Henry's features and the original Henry, says Hagwood. By drawing this parallel, this conditions the brain to use that feature as a memory trigger. A weak example: Both men have short hair. "Since hair styles can frequently change, it's not the wisest choice to make connections to," says Hagwood. A better method: Pick something you despise about old Henry and compare it to the new. Maybe Old Henry has absolutely horrible skin, yet the new once looks like he just stepped out of a Clinique ad.

A simple way to get an individual's name to go hand in hand with their face is to say their name aloud in conversation. This technique practices mindfulness and can condition your brain to associate the sound of their name to their face, says Hagwood. Just don't overdo the repetition, otherwise the interaction feels forced.  (source)
Related article: Sharpen Your Memory While Sleeping