Hello! My name is Dave, and believe it or not, I don’t have a tattoo! 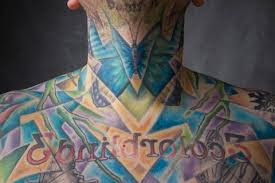 My name is Dave and I don’t have a tattoo.

I know, it’s hard to believe. My wife has one, as do all three of my sons. Outside of a few old high school buddies, I feel like the last person around without a tat. No skulls adorn my biceps. No hearts with “Mom” in the center and an arrow piercing it decorates either forearm. I’m without tribal tats full of intricate designs starting at my neck and weaving down my back or chest. I’m also in the minority.

According to the FDA, more than 45 million Americans are now tatted up. I see myself rather differently. From my untattooed point of view, I am the last heroic holdout. I’m like Charlton Heston in The Omega Man, that movie where he plays the one remaining normal person on Earth. 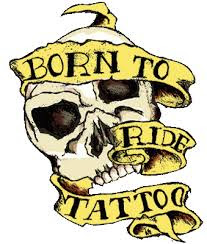 The trend for tattoos is not exactly breaking news. In the past there was one reason, and one reason only, to ink up: A tattoo confirmed your status as a scary outsider rebel carny outlaw sociopath. “Don’t mess with me because I am insane,” was the intended message. And it worked. Remember Robert Mitchum in Night of The Hunter? When he cuts Shelley Winters’ throat we are hardly surprised: We knew trouble was on the horizon as soon as we saw the words LOVE and HATE inked across his knuckles. Tattoos meant mayhem.

Most tat artists charge about $150 per hour nowadays. A full sleeve can take 40 hours. Thats $6,000 (!), plus another $6,000 for laser removal when you hit late middle age and it’s gone all wrinkly and is no longer recognizable as a dragon but looks more like a squashed squirrel. And it only cost $12K and hours of agony! Who could resist?

Aside from all the usual blood-born suspects, new research suggests that certain inks do horrid things to your lymph nodes. I’m too old to mess with my lymph nodes, so I’ll gladly use this as another excuse for not getting a tat. I’ve had plenty of opportunities in my life to get a tat, but have let them slip away with no regrets.

Like Charles Heston, I’m satisfied with my outlook on life, and tattoos.

Posted by ImBlogCrazy at 2:21 PM

I've never liked or, wanted one. I just never saw the point.