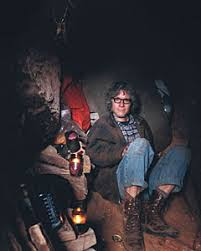 We all have unique paths to travel in this world. Some of us go to greater extents to explore different lifestyles, or by embracing different ways of looking at life or odd ball philosophies.

I really like the idea of living without money, but I doubt I could ever go to the extremes Daniel Suelo has. He’s the subject of a new book "The Man Who Quit Money," by Mark Sundeen.

I’m not exactly a social butterfly, but I admit I like seeing and talking with people on a daily basis. I’m sure Mr. Suelo sees people, from time-to-time, but there can’t be too much foot traffic where he lives. In a cave. 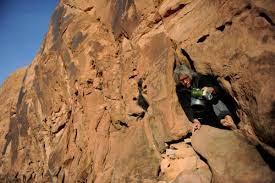 Has Suelo discovered the key to a happy life? I don’t think I’d go that far. He’s on a private spiritual quest that involves living off of charity, the generosity of strangers, and foraging in the hills. Not exactly Shangri La or Atlantis. Still, he’s seeking enlightenment and I respect him for that. What he’s doing is reminiscent of the Native American practice of vision quests – where one sets out alone to discover themselves and their place in the natural world. The only difference I see is Suelo doesn’t look like he’s going back to “civilization,” unlike Native Americas who eventually went back to their tribe.

Posted by ImBlogCrazy at 8:32 AM