So what do you do when your 4 year-old is smarter than you? 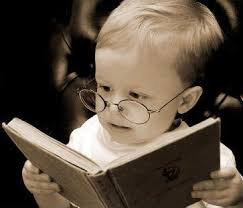 In this merry game of life we all start out as babies, and presumably are on an equal playing field, unless a physical or mental disability is involved.

So what happens when your four-year-old takes a standardized intelligence test and scores a mere point less than Albert Einstein and famed physicist Stephen Hawkins! How do you handle that?

Did you know that there’s 3-year olds that are members of Mensa (a worldwide organization of exceptionally smart people)? Membership is open to people who score in the top 2 percent of any standardized test of intelligence (the group offers its own test and accepts scores from the 200 or so intelligence tests out there).

I’ve only known one card-carrying member of Mensa. I met him in college and he was a Russian exchange student named Gregory Bratoff. We worked on the school newspaper together and when the staff got our first computer in 1977 (An Edit Writer 2000 – strictly for setting headlines mind you) it was Greg who figured everything out within hours and became  our official headline setter. The machine was so big you had a seat and worked on this monstrous display monitor nestled in a metal shell four feet high).

We spent many hours together and I was amazed at what little common sense Greg had. I have numerous examples and perhaps on another occasion I’ll bring them all up. But for now, let’s take a look at little Heidi Hankins of Winchester, England, who recently took an IQ test that nearly put her score on level with Einstein and Hawkins.

In a recent article she was mentioned along with other child prodigies:

“Victoria Liguez, the marketing coordinator for American Mensa, would not disclose numbers for how many children are members in the United States. But the youngest U.S. Mensa member, she said, is age 3.

"She joined when she was 2," Liguez told LiveScience. The youngest member worldwide, Oscar Wrigley, reportedly joined at age 2.5 with an IQ of 160. (Overall, about 110,000 individuals across 100 countries are Mensa members, including about 50,000 in the United States.)

Both Liguez and Lawlis said that despite the stereotypes of awkward geniuses, the Mensa children they'd interacted with had all been very normal. It's often not until testing that the depth of the children's knowledge becomes clear, Lawlis said. "A kid's intelligence is [often] invisible," Lawlis said. "You don't usually know what a kid knows unless you ask them. … It's more of a discovery of what a kid's brain is capable of responding to." (Source/resources for parents)  Here’s a link to the American Mensa chapter.

I guess I’m glad none of my three boys were Mensa members in diapers. It would have been tough dealing with a little smarty pants like that! And can you imagine when they hit their teens? At that age all teens think they know everything – except that yours would!

Posted by ImBlogCrazy at 9:22 AM