Corruption Scandal: Wal-Mart Executives Activities During Mexican Expansion Under Scrutiny By Both Countries 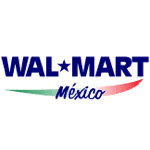 Wal-Mart leadership covered up corruption committed during it’s Mexican expansion in 2005. It’s been a secret until now. The New York Times launched an investigation of Wal-Mart’s growth into Mexico last December after a whistleblower came forward with a lot of information. (See Video here)

From the start Wal-Mart executives decided damage control was more important than fixing the situation. It’s this kind of culture that energized activists to protest against Wal-Mart’s business practices. Look at what their response to the news was:

Wal-Mart dispatched investigators to Mexico City, and within days they unearthed evidence of widespread bribery. They found a paper trail of hundreds of suspect payments totaling more than $24 million. They also found documents showing that Wal-Mart de Mexico’s top executives not only knew about the payments, but had taken steps to conceal them from Wal-Mart’s headquarters in Bentonville, Ark. In a confidential report to his superiors, Wal-Mart’s lead investigator, a former F.B.I. special agent, summed up their initial findings this way: “There is reasonable suspicion to believe that Mexican and USA laws have been violated.”

Why did Wal-Mart do such a stupid thing?

“Under fire from labor critics, worried about press leaks and facing a sagging stock price, Wal-Mart’s leaders recognized that the allegations could have devastating consequences, documents and interviews show. Wal-Mart de Mexico was the company’s brightest success story, pitched to investors as a model for future growth. (Today, one in five Wal-Mart stores is in Mexico.) Confronted with evidence of corruption in Mexico, top Wal-Mart executives focused more on damage control than on rooting out wrongdoing.”

Here in Humboldt County, folks are upset because we have a Wal-Mart store about to open at the Bayshore Mall on Broadway, in Eureka. A local blog – The Humboldt Herald – has an article today; Opposition to Wal-Mart universally understood  You might want to stop by and give it a read, just for the comments if nothing else.

Posted by ImBlogCrazy at 2:11 PM

Ya know Dave, I think people have become so used to corruption at high levels of government and corporations, that they just don't care anymore.
Whatever happened to the Americans of the 1940's? I mean sure, they blindly supported their government during the war, but they got their socialism when they wanted it. I love those old movies where Cagney, or Bogart talks to the cop like the cops work for him. That is something I noticed about the "Hayes Commission" effect on propaganda movies. Prior to the commission, the average "Joe" was the boss. All the civil servants deferred to him. He commanded; they listened. Post-commission; the cops where the boss and the citizen was deferring to them. Subtle change, but very telling.
Nowadays, it's all "Jews-for-Hitler" thinking. People don't know what side their bread is buttered on.