The World Wide Web: The Good, Bad, and the Ugly… 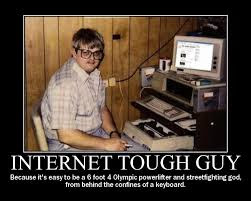 Let’s take a walk down the road that leads to the “Garden of Eden” of knowledge. Also known as the Internet. The web is a double-edged sword that offers the world’s biggest library, and also offers hackers access to other’s private correspondence:

“Saboteurs stole passwords and sensitive information on tipsters while hacking into the websites of several law enforcement agencies worldwide in attacks attributed to the collective known as Anonymous. Breaches were reported this week in Boston, Syracuse, N.Y., Salt Lake City and Greece.” (article source)

Hacker’s with multiple agenda’s, good and bad, attack government and private web sites because they can. Some view hackers as terrorists. Others as the voices of the people. I think you have to 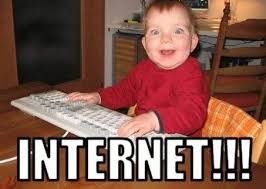 look at each incident in detail to determine who was taking the high road on each story.

For better, or worse, the internet has given most Americans a voice – a collective voice that can’t be ignored at times. For example take this story:

Despite about-face, Komen funding conflict far from over – people across America responded immediately when the Susan G. Komen Foundation cut off funding to Planned Parenthood.

Then there’s stories like this that are slightly unsettling: 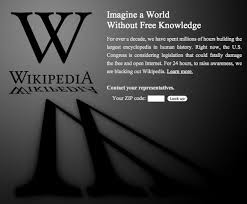 Sometimes I’m thrilled at what I see, like when Americans nationwide rallied against the proposed censorship of the internet. The Stop Online Piracy Act (SOPA) was a United States bill introduced by U.S. Representative Lamar S. Smith (R-TX) to expand the ability of U.S. law enforcement to fight online trafficking in copyrighted intellectual property and counterfeit goods. It failed miserably because of the tremendous backlash from blogs, other websites, and social medias like FaceBook and Twitter.

I confess to duel feelings when it comes to the good and the bad aspects of the internet. Perhaps the biggest saving grace to me is the fact it provides ALL AMERICANS with a voice, unlike our news media corporations. I just have to remember that nothing is perfect. When the first bite of the internet apple was taken in the Garden of Eden/Technology all mankind was affected. There’s no turning back. With the knowledge comes power. Given that power, some people tend to abuse it.

It’s the way of the world.