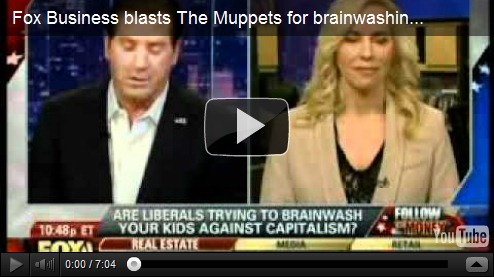 Here’s another Fox segment that will leave you shaking your head and wondering why they even claim to be a news channel.

In another baffling, mind-numbing, segment of Faux News, we see and hear how they think the Muppets are evil and the Liberal media is waging class warfare.

It’s really touching how Faux defends oil executives and corporations. For a moment, when the host, Eric Boldin, said he remembered the days when people pointed at wealthy oil executives and said, “That’s what I want to be someday,” I thought I would vomit!

I sure the hell don’t remember “those days” at all. Where the hell did Eric live when he was growing up? Oh yeah…I should have guessed. In the home of a very wealthy oil executive, or at least in a wealthy Republican home where 1%er values were instilled from the earliest age. When you grow up using real money in a monopoly game it’s kinda hard to understand why the masses don’t relate well with you. 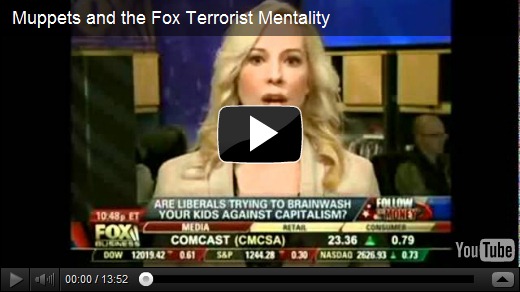 This video is a step-by-step rebuttal of Fox’s accusations by a blogger.
This second video addresses in detail the various claims made by Eric and his female sidekick from corporate America.

The third video (below) is really funny. That, in itself, makes it worth watching.

Once again it’s rebuttal time, but the Muppets get their chance to speak up in a press conference. 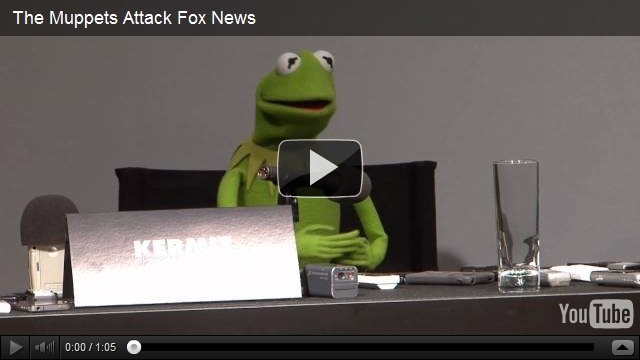 The Muppets take on corporate puppets and do a damn good job of it!
at January 30, 2012