By Dave Stancliff/For the Times-Standard
Marijuana won’t be legalized just because every other American smokes or eats it in some form. Think brownies, cookies, candy, or cake.
Despite a record-high 50 percent of Americans saying they use marijuana and it should be made legal, it’s still illegal.
Because an overwhelming majority of Americans are for legalization means absolutely nothing. The federal government, with it’s Orwellian logic, is unfazed by what Americans really want.
For those who don’t know why marijuana is illegal in this country, it’s because of politics and outright lies by a crazed anti-pot crusader named Harry J. Anslinger.
Many people assume that marijuana was made illegal through some kind of process involving scientific, medical, and government hearings. Not even close. Banning pot was a political thing. For more history go to; http://www.druglibrary.org/schaffer/LIBRARY/studies/nc/nc2.htm 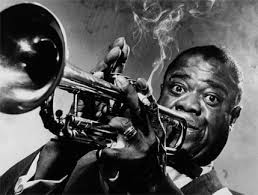 The first federal vote to prohibit marijuana was based entirely on a documented lie on the floor of the Senate. Those who voted then got one side of the story based upon racism, fear, protection of corporate profits, and yellow journalism inspired by Anslinger.
We can thank incompetent, and/or corrupt legislators interested in personal career advancement and greed for the continued war on marijuana. Despite the medical findings associated with marijuana, it still hasn’t been legalized nationwide. Anslinger’s propaganda still pulls weight among many legislators.
Politicians like to appear tough on crime and pass tougher penalties for marijuana possession. The taxpayers end up funding the pot propaganda, while their speech is stifled on the subject by the corporate media.
Laws are passed based upon political contributions from corporations that profit from marijuana being illegal like pharmaceuticals and alcohol.
So what makes me thin 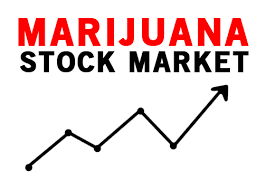 k that marijuana will be legal in America some day? I’ve written on this subject for two decades and I’ve always made it a point to show why Big Pharma doesn’t want marijuana legal.

Well guess what? Big Pharma has taken a new course (perhaps they planned it this way all along) and is seriously eyeing the profitability of the medical marijuana market. It’s already using lobbyists and government connections to ensure control. That means legalization at some point.
Last April, two drug manufacturing giants, G.W. Pharmaceuticals (a worldwide corporation based in the UK with offices in the US) and Novartis (a worldwide corporation Headquartered in Basel, Switzerland with offices in the US), announced they had formed an alliance to license and market GW's Sativex, a liquid cannabis drug. Learn more: http://www.naturalnews.com/032547_medical_marijuana_Big_Pharma.html#ixzz1hJ12CvJP.
The American Independent recently observed, “…the pharmaceutical giants' strategy as regards marijuana seems to be "demonize it, prosecute it, shut it down, then grab the market."
The idea that a drug can be denounced as evil in one context but hailed as a medical miracle if sold within the pharmaceutical system is nothing new. Big Pharma's magic cure pills for ADHD bear

a suspicious chemical resemblance to speed.

Cannabis Science, Inc., a US biotech company developing pharmaceutical cannabis products, recently reported that two former US Attorneys, and the former head of Seattle FBI, are in favor of Washington State Initiative 502 to legalize marijuana.
So you see we are moving towards legalization. Not because you or I want it, but because Big Pharma has finally decided the time is here to profitably exploit marijuana. Look to the media this year for more reports like Cannabis Science’s (or other corporations) backing marijuana legalization in other states.
Big Pharma won’t be th

e only corporate giant cashing in on legal cannabis crops. The retail and food industry will probably step in with their deep pockets, providing unfair competition to small time growers.
The dot.com industry was once the fastest way to get rich, but I suspect the future holds a new crop of instant millionaire CEOs when marijuana is legalized. It won’t be because the American people have finally convinced legislators to do the right thing. That only happens in the movies.
As It Stands, despite the real possibility of monopolies when marijuana becomes legal, there are at least two upsides. The Feds expensive and losing war on marijuana will end, and it’ll cripple the Mexican cartels lucrative marijuana trade in the U.S.

Websites that have picked up this column:

Posted by ImBlogCrazy at 8:13 AM

What is your source for "50 % of Amercans say they use...and should be made legal" ?
I don't believe that. If it were true...I would know more people that use and want it legalized.

3)http://hotair.com/archives/2011/10/17/gallup-for-the-first-time-50-supports-legalizing-marijuana/
As far as not knowing more people who smoke it depends on several factors.

1)If you're a conservative, there's aood chance you won't know people who smoke pot. If you're a liberal, then you probably have froends who smoke.

2)If you live in San Francisco the chances are you'll know a lot of people who smoke. But, having said that, it also depends upon your circle of friends abnd the people you associate with.
I think it depends on where you live Francine in regards to people who smoke.

3)In addition, I suspect there are people in your community who smoke pot but don't want people to know it because their professionals, or in the public eye somehow.

I hope this answer helps Francie. Thanks for stopping by.

Thanks Dave, another well written and reasoned argument for the legalization of marijuana. Only when Corp. America gets behind it for the purpose of taking extraordinary profits, will we see the persecution end. One thing I will add to your piece is that beside Anslinger we have William R. Hearst to thank as well. If not for his editorial directives aimed at demonizing weed along racial lines, Anslingers arguments before Congress would have been met with perhaps a little bit of incredulity. Here in the SJ Valley we have a contingent of farmers lobbying Congress for the right to grow industrial hemp on a experimental basis, their latest overtures were rebuffed, I expect we've seen just the beginning of corporate efforts to take our herb away..

Thanks for adding Hearst Jeff.

He certainly made sure myths about marijuana were taken seriously by millions of readers of his newspaper.