2012 The Year of the Recall? Multiple state officials targeted in Wis. 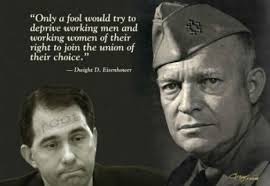 Groups seeking to recall Gov. Scott Walker submitted nearly twice as many signatures Tuesday as required to force an election. 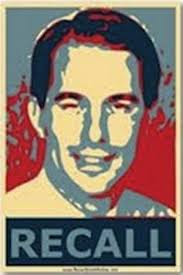 It’s looking like the election will happen in May or June. See Group submits 1M signatures to recall Wis. governor

Besides Gray Davis in 2003, the only other successful recall of a governor in the nation's history was North Dakota Gov. Lynn Frazier in 1921.

What makes the recalls of 2011 so unique is the focused nature of multiple state officials targeted at once. Historically, recalls were aimed at one specific legislator. "Recall is usually an individual matter, rather than a group sport," said Gary Moncrief, a political science professor at Boise State University who studies state legislatures, in a recent interview.

Anybody want to take bets that some legislators are going to loose their jobs this year?

Posted by ImBlogCrazy at 2:18 PM