As It Stands: Sharing the benefits of being an ‘old toot’ 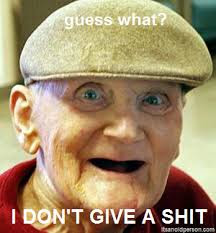 By Dave Stancliff/For The Times-Standard
I’m enjoying being an old toot (since this is a family newspaper I won’t say old fart) since I became eligible a few months ago.
In case you wonder about the difference between an old coot and an old toot, the latter has a better sense of humor. I’ve already seen one of the benefits derived from my new status.
I forgot I was wearing blue house slippers the other day when I went to the supermarket, and it didn‘t bother me! There was a time when I would have been so embarrassed I would never have entered that store again for fear someone working there might remember seeing me wear them.
You know what people think when they see an old toot shuffling around in his bedroom slippers; “Who let that old fool out of the house in his slippers?” Or, “Look at that guy. That’s never going to happen to  me!” 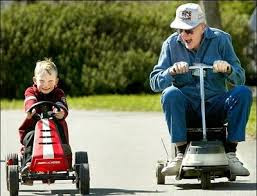 But now I don’t care what people think. So what if I’m wearing slippers in public? It’s better than forgetting to wear my pants in public. Even old toots can’t get away with that.
Unless they live in  San Francisco, where it’s legal to walk around without pants or anything else on in public. Just the idea of a bunch of old coots/toots walking around in their birthday suits makes me shudder. It must be hell on tourism where they hang out.
Old toots do have limits. At least some of us do. I count on my wife to notice if I’m missing a piece of clothing or something drastic like that when going out of the house.
Little things do get past her occasionally, like slippers, or shirts on backward, but she’s normally a reliable backup. She is much younger than I and assures me that she will never join the old toot’s club. 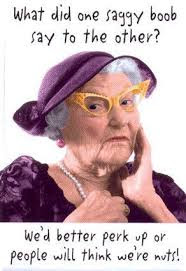 She doesn’t know what she’s missing. If she joins the club she won’t have to worry if her hair changes color and is streaked with sneaky silver strands. There’s no need to impress anyone when you‘re an old toot.
My days of  trying to look good for every female on the planet are gone, and with them the many vanities that younger people have about their appearance. In other words I’m a slob. Not really, my wife wouldn’t allow that, but I have that certain disheveled look old toots get.
I have my lap dog, a precious pug named Millie, further securing my old toot credentials. I mumble to myself (you couldn’t call it talking) when writing. I resist new technological innovations just because. I don’t slide down the stair railing anymore.
If you asked me about any of the current musicians I would say something like, “They don’t make music like the Led Zeppelin anymore,” or “You call that music?” Old toots and coots simply don’t listen to music newer than the 70s era. 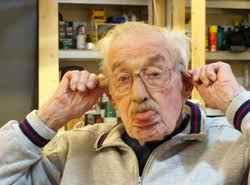 It’s taken me years of study to become an old toot and now I’m reaping the benefits. I can communicate with other old toots I don’t even know who remember the Rat Pack with Frank Sinatra,  Sammy Davis Jr., Dean Martin, Peter Lawford and Joey Bishop.
I don’t like being called a Baby Boomer. I’m more comfortable with old toot. There are no expectations for old toots. Baby boomers had a lot of high hopes. Many  wonder if they sold out to “the man,” and why they failed to change the world into one big utopia.
I don’t suffer any past remorse’s crammed with social expectations at this point in my life. As Popeye once said, “I yam who I yam.” And that’s an old toot happy to be grazing on books that can be held by hand, or newspapers that leave ink on my fingers. 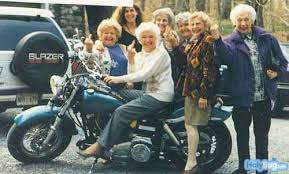 I don’t mind being around other old toots for a little while. But too many in one room becomes a challenge for my one operating ear (with the help of a hearing aide). By the way, old toots (like coots) tend to be hard of hearing. My wife’s hearing is so acute I almost believe her when she says she’s is not going to be an old toot, or coot.
I realize not everyone wants to be an old toot. Some people would rather be known as active seniors, or elder statesmen. Something that rings with more dignity. Something that indicates they’re still vital and not nearing an ungraceful senility.
In the end, it’s all about individual style as we hit a certain age. On the boardwalk of life, I’m proudly stumbling along on bad knees, confident that I’m an old toot who’ll always have plenty of like-minded company.
As It Stands, if you find yourself belching and passing gas at the same time when walking you could well be on the way to becoming an old toot yourself!

Posted by ImBlogCrazy at 8:43 AM

Like your column. one thing though, isn't "toot" used as a verb rather than a noun? *snicker*

It’s a good blog and i think most of internet users are likes your information, so please create more blogs like this