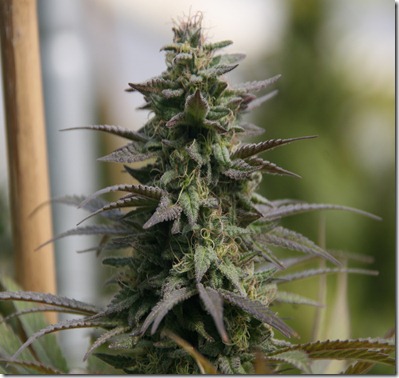 “The California legislature will soon be voting on two marijuana reform bills that seem to be more popular with the public than with the politicians in Sacramento: SB 129 by Sen. Leno, which would prohibit employment discrimination against medical marijuana patients, and AB 1017 by Tom Ammiano, which would allow for reduced, misdemeanor charges in marijuana cultivation cases.

Both bills have strong public support according to a newly released poll of state voters by EMC Research http://www.canorml.org/emcpoll2011.pdf. However both have had trouble getting through the state legislature, where they must be approved by Jan 31 in order to stay alive.

The Leno bill would protect employment rights of medical marijuana users, reversing a state supreme court decision, Ross v Raging Wire, that allowed employers to use urine testing to discriminate against workers for off-the-job, medical use of marijuana. A similar bill by Leno was approved by the legislature in 2008 but vetoed by Gov. Schwarzenegger.

The EMC poll shows that 66% of state voters agree that "employers should not be allowed to discriminate against workers who use medical marijuana off the job." However, this year senators are under increased pressure from business lobbyists, who claim without evidence that the bill would endanger workplace safety. Supporters counter that urine testing is ineffective in protecting job safety or productivity, since it is doesn't detect on-the-job impairment, but rather past use days or weeks previously.

Ammiano's bill, which is sponsored by Mendocino District Attorney David Eyster, would allow marijuana cultivation cases to be charged as "wobblers" (alternative misdemeanors) instead of mandatory felonies at the discretion of the court or prosecutor. Supporters argue that the bill would save the state court and prison expenses in lesser cultivation cases, an important benefit given the state's prison and budget crises.

The EMC poll found that 58% of voters support a change in law to reduce penalties for lesser marijuana sales, cultivation and transportation offenses from felonies to misdemeanors.

The EMC poll shows California voters overwhelmingly support the state's medical marijuana law by 71%- 26%, while a slender majority of 52% support outright legalization. "It's time for the legislature to catch up with public opinion," says California NORML director Dale Gieringer, "The laws against marijuana are a last-century government program to support drug cops and criminals."

Posted by ImBlogCrazy at 4:23 PM