NamUs is a vast registry that anyone can us to scan records and search for people.

Another day in paradise! It’s nice to see you could drop by and share a cup of coffee with me and read a few stories to start your day. This is a fascinating world full of surprises.

NamUs: Where missing people can be found

There is a place where the lost can be found.

Long before Lisa Irwin vanished from her Kansas City home, there was another desperate search in Missouri for a little girl. Her name was Elizabeth Gill. On the afternoon of June 13, 1965, Elizabeth was in her family's front yard in Cape Giradreau. It was the last time the 2-year-old was seen alive.

Scott Kleeschulte also disappeared in Missouri. On June 18, 1988, the 9-year-old freckled face boy was walking down a street in St. Charles County. To this day, nobody knows what happened to him. The three cases, separated by decades, share a common bond with thousands of other files accessible to the public on the National Missing and Unidentified Persons System website. Known as NamUs, the vast national registry lets relatives, law enforcement, victim's rights advocates, and anyone scan the records and search for information that could help solve these heartbreaking mysteries. NamUs, which is run by the National Forensic Science Technology Center, is under the direction of the National Institute of Justice.

The New York Times just published an in-depth review of Kohler's Numi toilet, a $6,400 contraption that is basically a cross between a potty and a butler.

The toilet, which costs 81 times the amount of your standard Home Depot toilet, has a touch-screen remote that flushes, cleans and dries its user. It also provides heat and music, and settings can be saved for each member of the family.

At first, we thought the Numi sounded like another unnecessary extravagance intended to make millionaires part with their money.But reporter Sam Grobart convinced us otherwise. Having spent a month living with the device, he writes:

And one thing I learned is this: It is possible to acclimate to such luxury. Anyone who has ever owned a car with a backup camera or heated seats knows what this means. Features that initially seem unnecessary can become something you cannot do without, even in a bathroom. 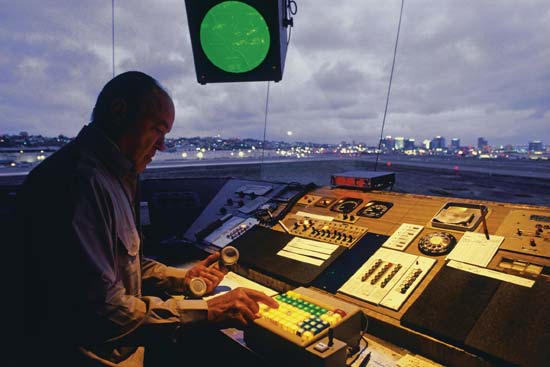 A report by a government watchdog says errors by air traffic controllers in the vicinity of airports as well as incidents in which there was an unauthorized plane, vehicle, or person on a runway have increased sharply in the past three years.The Government Accountability Office report released Thursday says errors by controllers working at radar facilities that handle approaches and departures within about 30 miles of an airport have more than doubled.

The report also says runway incursions at airports with control towers — which includes most large and medium sized airports — nearly doubled between 2008 and this year. A Federal Aviation Administration statement attributed the increases to better error reporting. The agency is also using new a plane-tracking system better able to spot planes too close together.

Posted by ImBlogCrazy at 9:01 AM