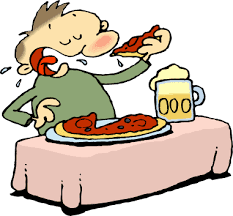 It’s a little wet outside this morning and I’ll bet a cup of hot coffee will warm you up. Grab a cup and join me this morning in this special Robber Fail collection of stories:

Arizona authorities say they have arrested a man who robbed a Yuma bank then went and spent some of the stolen money on beer and pizza at a nearby restaurant. Yuma police say 56-year-old Henry Elmer has been booked into county jail on a variety of robbery and theft-related charges.

Officers responded to a robbery call at the main branch of the Wells Fargo Bank across from the Yuma Police Station around 1:30 p.m. Saturday. A man reportedly entered the bank, produced a box-cutter knife and fled with an undisclosed amount of cash.

Police say Elmer then went to a nearby restaurant, ordered beer and a couple of slices of pizza and paid with some of the bank's money. Police say they located Elmer before the meal was served. It's unclear whether he has a lawyer, yet. 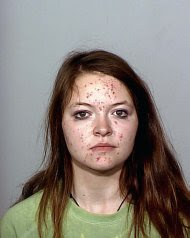 Anoka County sheriff's investigators say the neighbor called to report he had surveillance footage of Amanda Rose Owens sneaking into his East Bethel home through a dog door.The St. Paul Pioneer Press reports (http://bit.ly/oXEskf ) that the neighbor set up the camera after $300 and several items were stolen.

Investigators say Owens admitted she had broken in three times. She said she need money so she could pay for 20 to 30 pornographic DVDs she bought. Owens was charged Wednesday with second-degree burglary. She does not have a listed phone number and it wasn't clear Saturday if she had an attorney.

Some crimes sound a little too dumb to be true. Like, something from a Disney Channel show. Except criminal activity involves prisons and money instead of hideous outfits and even worse acting…. 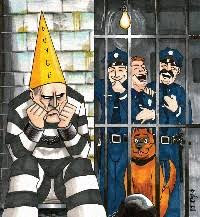 Robber leaves bribe bucket and comes back for it

According to Local 12, one man in Cincinnati isn’t exactly main character material.  He broke into a potato chip plant, and proceeded to steal a computer disk, vehicle titles, a whole book of payroll checks, and other business papers. He then left a note for the company president demanding that $22,000 be left in a bucket for him, or else he would “expose personal matters of employees” and burn everything he had stolen. The president called the police, of course, who set up a bucket filled with convincingly fake cash, as well as surveillance material. They spotted the crook dragging the bucket away with a fishing pole…and arrested him in the forest, all tangled up in the fishing line. Aaaand…scene!

Posted by ImBlogCrazy at 9:06 AM