Can you name any place in the world where someone can get two pensions for the same job? 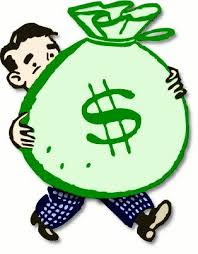 There are many factors contributing to our Depression (screw that recession crap!) but when I see excesses like this labor leader is up to in Chicago (He’s expected to receive pension payments of nearly $500,000 a year) I gotta shake my head in wonder and disgust.

The Chicago Tribune and WGN-TV, which obtained information about union pension benefits during a joint investigation, said at least eight union officials in Chicago were eligible for what were described as inflated city pensions on top of union pensions for the same period of employment.

To rub salt into this corrupt little tale, Chicago and Illinois are facing financial trouble, in part due to pension shortfalls. I guess we know why now. Pigs can pop up anywhere.

Posted by ImBlogCrazy at 4:14 PM