Join me in having a cup of coffee, or tea, and let’s see what’s happening in the world today:

Picture this: you're sitting in a garden on a pretty summer day, and along comes a butterfly and a bumblebee. Which grabs your attention first?

Evolution would suggest that we're primed to detect threats, so we might pay attention to the buzzing little bee. But butterflies are pretty. And here are some complications: what if we're especially afraid of bees or especially entranced by butterflies? Instead of bees and butterflies, the researchers turned to arachnoids and cult TV: they exposed 72 British subjects to a variety of photos, including some of spiders and characters or objects. 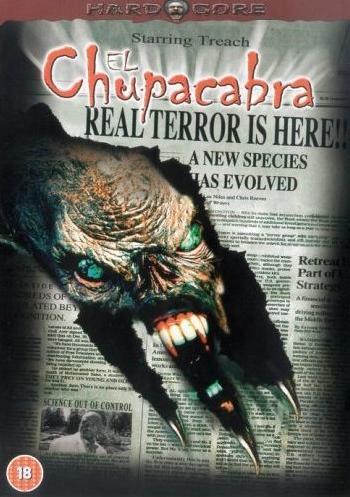 The chupacabra has been an intriguing urban legend for decades, but one man said he spotted something like it and got pictures of it.

Jack Crabtree said he and a friend spotted the strange-looking creature outside his Lake Jackson home on July 4.

"He said, 'That's the strangest dog I've ever seen,'" Crabtree said. "I immediately said, 'That's not a dog, it's a chupacabra.'"

Crabtree said he's heard of the chupacabra as a mysterious creature with a scary look.

The word "chupacabra" means "goat blood sucker" in Spanish. It was given that name for its reported habit of attacking and sucking the blood of livestock, mainly goats.

Crabtree said what he saw was ugly, skinny and gray.

"Most prominent feature was his ears," he said. "I can see why people would conjure up myths and horror stories associated with something that has that appearance."

Nim: the little chimp that couldn't

"Project Nim," a documentary by Oscar-winning director James Marsh, is a heartwarming and heartbreaking story about a home-bred, pot-smoking, cookie-chomping chimpanzee called Nim Chimpsky. Nim was the star player in a controversial language experiment that failed ... but nevertheless laid the foundations for research into primate communication.

In the early 1970s, Herb Terrace, a Columbia University psychologist, adopted a 2-week-old chimpanzee. Nim Chimpsky (named after linguist Noam Chomsky) was to be the star of an experiment to see if non-human animals could be taught the elements of language. At the time, linguists and psychologists were locked in a shouting match about the true nature of our chatty brains and the origins of human language. Terrace hoped Nim would end the raging debate about how and why human language evolved.

Terrace, who still does research on primate intelligence at Columbia, had heard stories about another precocious chimpanzee named Washoe, who lived with her scientist "parents" at the University of Nevada in Reno and had been taught to communicate through American Sign Language.

But Terrace wasn’t satisfied with the way Washoe’s feats had been documented. Terrace wanted to raise young Nim among people, just as Washoe had been brought up, but scrupulously log his progress and learning abilities. If chimpanzees could in fact master elements of human language, he wanted to be sure how they did it, and how well they picked it up. "I wanted to have a total record of how Nim signed," Terrace told me.

So, at the age of 2 weeks, Nim Chimpsky was put in the foster care of Terrace's student, Stephanie LaFarge, who lived with her family in Manhattan. LaFarge, who even breast-fed Nim, would be the first of a string of chimp-sitters who tried to teach him American Sign Language. Laura-Ann Petitto, then an undergraduate at Columbia, would be next. She raised Nim from the time he was 3 months old until he was 4 years old.

Posted by ImBlogCrazy at 8:28 AM