And the victor in the great LA bike-vs.-plane race is ... 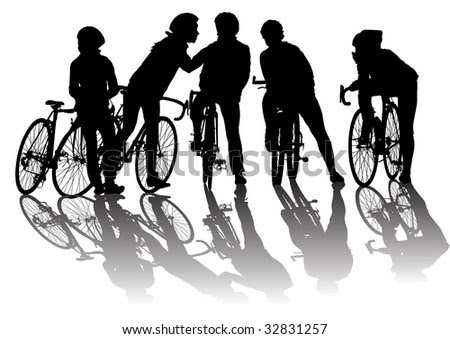 Faster than a jet plane — that would be the bicyclists of Wolfpack Hustle.

Six bicyclists from the group, a loose collective of L.A. cyclists, were trying to see if they could beat a passenger on a JetBlue flight from Burbank to Long Beach, and they succeeded by a wide margin,the Los Angeles Times reported Saturday.

The "Carmageddon" challenge was born after JetBlue offered $4 plane rides from Burbank to Long Beach to get around the weekend closure of Interstate 405 in the northern part of the metropolitan area. An online article in Slate helped the challenge take shape.

The bicyclists and a blogger left a North Hollywood intersection at 10:50 a.m. The blogger had to drive to the airport for a 12:20 p.m. flight, then get a ride to the finish line at the Long Beach aquarium.

The cyclists took a route along the Los Angeles River, the Times reported, and made it in one hour and 34 minutes. They arrived at the finish just as the JetBlue flight was taking off — a victory for bicyclists trying to get fellow Los Angelenos to get out of the car once in a while to get some exercise on their commute.

Posted by ImBlogCrazy at 4:13 PM

Everyone thinks that it's a cliche, but having lived in Los Angeles for quite a while, I can tell you from personal experience that there have been times sitting on the freeway when it would have literally been faster to walk where I was going. Good for those bikers!!