Sleepy people seek revenge, dog bites shark, and it’s not a good idea to throw doughnuts at a cop!

Thanks for stopping by. Still kinda sleepy? Have a cup of coffee or tea with me while we search the headlines. Don’t start yawning now…it’s catchy!

Sleepy people blame others for everything

A new study shows that when people, in this case college students, are sleepy they are more likely to think about how events could have turned out differently and ponder how situations could have been better. Depending on the outcome, they may blame others and even seek revenge. Researchers call this sleepy thinking ‘counterfactual.’

Other cultures, such as Latin cultures, seem to understand what Americans don’t: Getting enough sleep is vital for a quality life. “They have siesta periods; in our culture we almost regard taking naps as childish,” David Mastin, associate professor of psychology at the University of Arkansas at Little Rock said. “As psychologists, we want to understand the human condition, and we should know what’s going on when people are sleepy.” 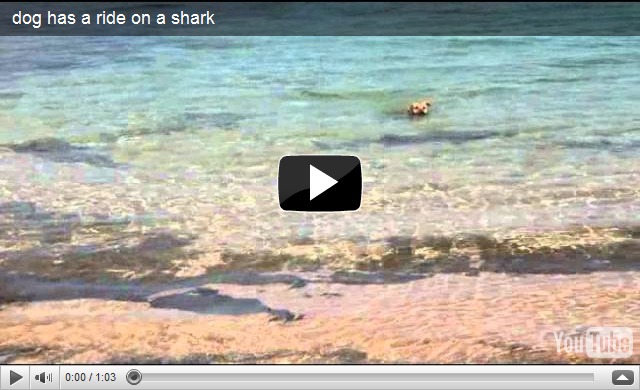 It's got a big yellow dog, sharks, a dead dugong, attracted millions of viewers on YouTube and you couldn't make it up.

Video footage of a dog attacking a shark under water on the Australian coast has "gone viral," becoming a top Internet hit. The footage shows two dogs swimming in the ocean near the West Australian town of Broome, about 1,650 km (1,025 miles) northeast of Perth.The dogs appear to be herding several sharks towards shore, when one suddenly ducks under the water and attacks a shark.

"The dog is biting the shark," said Russell Hood-Penn in the voice-over as he video-taped the incident. "That is unbelievable. I've seen it all now." Hood-Penn placed the footage on video-sharing website YouTube where it has been viewed more than 27 million times.

No, Taunting Cops By Throwing A Box Of Doughnuts At Them Is Never A Good Idea

Angered that police were investigating an assault that reportedly occurred inside his home Saturday night, a South Carolina man tossed a box of doughnuts at the cops and announced, “I brought you some fucking donuts, don’t y’all like donuts.”

Not surprisingly, an irate Timothy Everhart--who repeatedly cursed out cops and slammed his front door on them--was eventually arrested for disorderly conduct. Cops noted that Everhart, 30, appeared intoxicated when he “threw a box of donuts on the front porch area” as Spartanburg County Sheriff’s Office deputies approached his door. Everhart was released early this morning from the county jail after posting $262 bond.