I’m too poor to be a ‘greedy geezer’ but is it true a lot of my fellow Baby Boomers are setting up America for failure? 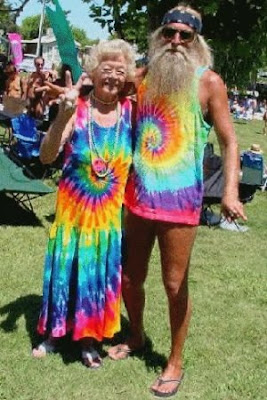 Baby boomers are greedy. It seems to be all I hear anymore. And what's worse, the wealthiest among them are reluctant to leave an inheritance to their children. Some of those polled say it's for fear that their adult children will squander the money it took a lifetime to earn. But in real life, the reason I've heard most often is "hey, you can't take it with you." The "it" being money.

To be clear: I don't object to consumer spending, especially when it's done offline and in the real world. These days, spending money is good for the economy -- and a way we can all do our part to contribute to the recovery. What troubles me is the selfish and shortsighted mentality about not leaving any money behind. What happened to taking care of your children, to leaving a legacy?

To read Thomas L. Friedman's most recent column in the New York Times, the "greedy geezer" isn't just a way to describe a select few. It's an ethos that's infected our political culture and will quite possibly change the future of the U.S. In comparing our country to Greece, Freidman says:

Indeed, if there is one sentiment that unites the crises in Europe and America it is a powerful sense of "baby boomers behaving badly" -- a powerful sense that the generation that came of age in the last 50 years, my generation, will be remembered most for the incredible bounty and freedom it received from its parents and the incredible debt burden and constraints it left on its kids. […] There are Eric Cantors everywhere -- reckless baby boomer politicians for whom no crisis is too serious to set aside political ambition and ideology.

This corrosive mentality, combined with a punishing economic reality, can make it really hard for this 30-year-old to breathe sometimes. And no wonder. Friedman continues:

What happens is that both the American and European dreams hang in the balance. Either we both put our nations on more sustainable growth paths -- which requires cutting, taxing and investing for the future -- or we're looking at a world in which democracies are going to turn on themselves and fight over shrinking pies, with China having a growing say over how big the slices will be. Photo source

Is it only a matter of time until  European-style riots erupt in the U.S.?