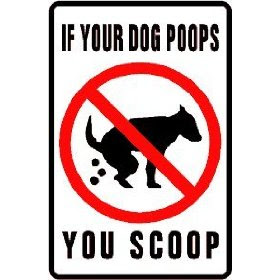 This story makes me think about Washington D.C. and the pack of assholes that call themselves our leaders. The deal is reversed however: our government hands out a load of crap to the public, and they end up paying for it!

“A city in northern Taiwan is trying the Midas touch to persuade reluctant residents to clean up after their canines: offering a chance to win gold bars to anyone handing in bags of doggy deposits.

Starting from August 1, dog owners and other residents of New Taipei City, bordering the capital Taipei, can hand in waste to government cleaning teams in exchange for tickets to a lucky draw. The prizes: three gold ingots worth T$60,000 ($2,100), T$18,000 and T$12,000.

The number of draw tickets is unlimited, and the winners will be named in October, the city government said in a statement. "We are hoping the draw will attract a wide participation, especially as the gold price is rising," said New Taipei City Environmental Protection Department official Chen Chao-ming. The city will give free garbage bags to would-be collectors. It is also beefing up more conventional measures, including rewarding people for photographing dog owners leaving mess uncleaned, and stepping up its own poo patrols in dog haunts.

But it will be hoping for better results than the central city of Taichung saw in 2009, when its offer of T$100 shopping vouchers for each kg of excrement collected yielded little more than criticism and ridicule.(Reporting by Christine Lu; editing by Jonathan Standing and Ron Popeski) image

Posted by ImBlogCrazy at 2:35 PM