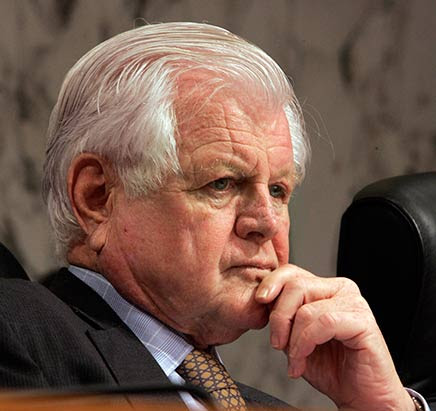 Sen. Edward M. Kennedy, the liberal icon who carried on his family name and fight for the poor and working class after his brothers' assassinations, has died at 77.

The Massachusetts Democrat died Tuesday at his home in Hyannis Port after battling a brain tumor with which he was first diagnosed in May 2008, his family said in a statement. He had served in the Senate since 1962, two years after his brother, John F. Kennedy, was elected president, and was the third longest-serving senator in history. In a statement Wednesday, President Barack Obama called him "the greatest United States senator of our time."

Aftter the deaths of President Kennedy and Sen. Robert F. Kennedy, he became the patriarch of a famous family that included John F. Kennedy Jr.., Caroline Kennedy, Maria Shriver, and Eunice Kennedy Shriver, the founder of the Special Olympics who died earlier this month.