March Madness: Let's just pay the players and declare college sports a business that can pay taxes, like other corporate businesses in America! 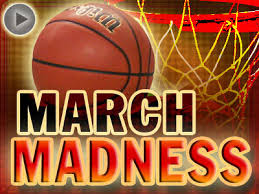 I was in the March Madness mood until two things happened; UCLA (my favorite college basketball team) got clobbered Saturday in the tournament, and LA Times columnist, Kurt Streeter’s recent assertion that college basketball is a charade “steeped in double-talk about amateurism and academics.”
Streeter feels the players are pawns in the NCAA system. He reminds us that it’s the school and the coaches who are really cashing in on “amateur sports.” In fact, he comes right out and calls the whole athletic system in colleges a business.
According to Streeter, the NCAA will get about $6 billion from CBS for the current TV deal, which ends in 2013. If you throw in corporate sponsorships, it gets harder to pass the smell test. How is it that a non-profit, tax-exempt entity claiming “educational mission” makes millions for coaches and the school?
If the players are pawns in this money-making, tax-dodging scheme, perhaps they should be let in on the gravy train. Oh yeah. There’s that sticky amateur thing. Apparently it only applies to students who have no part in the money-making process, other than to perform like trained chimps under their ringmaster, aka coach.
Let’s face it. This whole sham is a circus on tour. What some people may not realize is that the players may be pawns in this stinking system, but they have pride in their performance when they go out to play. They’re young men, full of testosterone, and always sure to give their best efforts.
What a deal for the schools and the coaches. Nothing like a real show of passion to pump TV ratings. Meanwhile, most of these hard-working athletes don’t even graduate.
That’s a fact that Richard Lapchick, director of University of Central Florida’s Institute for Diversity and Ethics in Sport, confirmed to the press when he admitted “we still have a ways to go,” regarding student-athletes graduation rates.
Perhaps the most ironic part of Streeter’s column was the part about honest student-athletes having to lean on their families for help. This suggestion that there are some athletes who are not honest, is troubling. I think we all have seen examples of exceptional student-athletes that got a lot of expensive goodies, or “jobs” that involved doing nothing.
Do you remember Chris Webber? I’m probably dating myself here. He’s one of the poster pro basketball players that was pampered by a college system that demanded wins in order to get better TV ratings.
My point, after all of this rambling, is why not pay all the players up front and take another look at college’s tax exempt status? Make them pay taxes on this unethically earned money in the name of amateurism. Open capitalism is surely more ethical than “behind the door profits” earned while masquerading as a non-profit educational institute!
As It Stands, in a time when transparency is called for from corporate America, we need to put colleges on that list.

Oh well...I guess I'll root for your Sooners just to have a team to root for!

Good to hear from you.