It's Come Down to This: Is Reality Real? 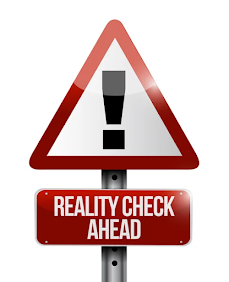 Who ever thought they'd ever see such a direct challenge in our society to reality?

It's bad enough that we live in the era of Trump where facts are swatted down with lies and misinformation daily without a group of cool cat neuroscientists and philosophers questioning reality.

What is reality they're asking? Perhaps it's just a simulation created by our brains they opine. Or as literary figures have claimed throughout societies for eons, life is just a dream.

Neuroscientists don't stop there as they take us down a rabbit hole where reality is something that exists independent of our minds. Neuroscience and philosophy have joined hands in trying to explain that reality is not real.

I can't help but thinking that this denial of reality should be codified for the Trump wing of the republican party. They're already reality-deniers.

Philosophy tells us that reality is something that exists independent of our minds. It exists outside our brains and can be known through reason and observation.

Neuroscience tells us that our brain creates our reality. It takes input from our senses and creates a model of the world we experience.

Not surprisingly this controversy over reality goes back to the early civilizations like the Greeks. Plato and Aristotle chimed in on the subject.

It's apparent that academia's questioning of reality has slipped into real world politics at a time when truth has to defend itself daily and democracy is fighting against right-wing lunacy.

As it stands, truth is a reality in my world.