Are You Crazy and Brave Enough to Do Something No One Else Has Ever Done? 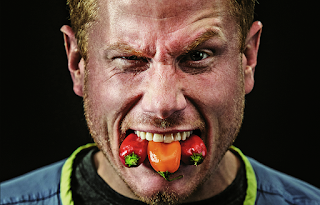 I'm still in awe of a 14-year-old Alberta, Canada, girl who set a new Guinness World Record by pulling 22 socks onto her foot in 30 seconds last month.

But I doubt if her feat (pun intended) will be remembered by too many people.

Every time I read the things people do to get their names into the Guinness World Record book I'm struck by the inspirations and determination it takes to stand out for one glorious moment of recognition.

You may have heard that John Cena set a Guiness Record for the most wishes granted a day ago. He made the wishes come true for 650 children from the Make-A-Wish Foundation.

I'm puzzled by this next Guiness record that was set a week ago. Apparently, someone confirmed the flight of Queen Elizabeth II's coffin from Scotland to London as the most tracked ever.

Do you realize that this record was once held by Santa Claus? Not really. But you never know. 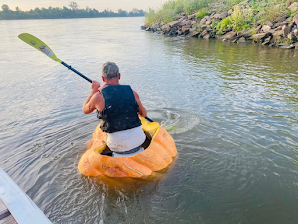 One man's determination to go further than anyone else in a giant pumpkin down the Missouri River paid off with a new Guiness record in August.

He broke Rick Swenson's record which was 25 miles which was set in 2016. 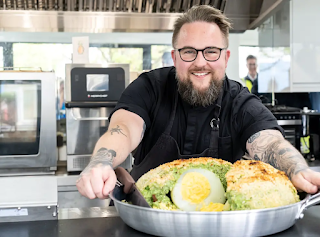 The following record was set by a very ambitious chef.

Leigh Evan's scotch ostrich eggs which took 90 minutes to cook and weighed a bit over 17 pounds was formerly inducted into Guiness lore.

Are you getting inspired enough to take on a challenge?

November 17th is a celebration of Guiness World Records Day. See if you can come up with a record-setting idea and consider the holiday as the starting gun for your project.

The holiday encourages you to stretch the ends of human endurance and creativity. Heck! Even animals can set world records.

Back in 2018 a miniature pig named Joy performed the most tricks in a minute (13). She did this under the careful scrutiny of two Iowa judges - Newton City's Mayor and chief of police.

The skies are no limit for some challenge takers. Take a look at David Rush of Idaho who has set 52 world records. Among them he won the world's fastest juggler and the world's slowest juggler!

As it stands, I have to confess I've never set a world record and my wife's claim that I'm the laziest man in the world has yet to be verified.