Members of Congress Ignore Ethic Laws - Why Not? Because They Can 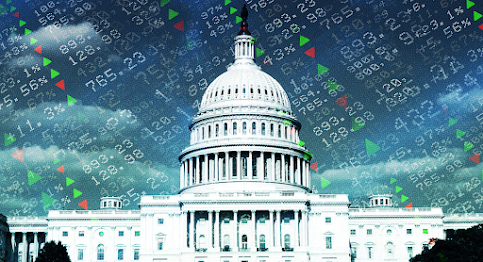 Ethics investigators are up against a Congressional wall that protects members who lie about their involvement in the stock market.

The problem is senators and House members seem to be immune to the laws that hold them accountable for cheating taxpayers and abusing their position in government to get insider information.

After four years of the Trump regime laughing at The Hatch Act the problem has worsened and no one is interested (or brave enough) to deal with the obvious grift.

New York Times reporter Luke Broadwater explained in a recent interview how some lawmakers are refusing to cooperate with ethics investigations. Over 50 of them have flat out ignored investigators requests for information.

To be clear, and fair, we're talking about Democrats and Republicans and the lasting impact their defiance has on our system of government.

Laws and rules have been bent into pretzels by our lawmakers looting the system for years now.

How many times have you read about a member of Congress under an ethics investigation that stretches out for years and eventually disappears?

Once in a blue moon a lawmaker may actually be held to account because of overwhelming evidence. They seldom go to jail however and if they do, they're sent to a "country club" masquerading as a prison.

But what can be done about this abuse in Congress? It's a stacked system that only members can rectify. The answer lies in who we elect to represent us.

Candidates for elective office need to be thoroughly vetted (especially their finances and connections to the stock market) before we vote for them. That doesn't happen now, although some try to claim it does.

In this era of big grifts we mustn't ignore what lawmakers are doing behind closed doors to increase their wealth.