Believe it or not, There's Somewhere on the Planet Where Women Have All the Power 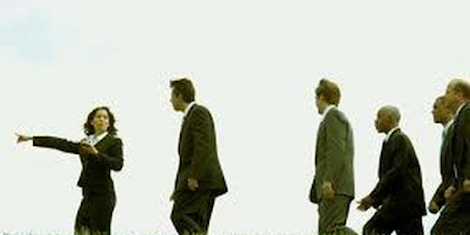 Men are lousy leaders. Every war that breaks out on the planet is attributable to men who don't get along.

Let's face it folks, men don't play nicely with each other or anyone else. Our stupid pride gets us in trouble, and we start measuring penis sizes!

As far as I know that's never led to anything good for the citizens of countries who have to sacrifice their lives over such foolishness.

Men seldom negotiate. They tend to intimidate instead. That's why men should never be ambassadors, let alone leaders of a country.

We're not doing too well right now guys. Putin and Biden are rattling swords and threatening each other. This kind of activity seldom leads to a peaceful resolution.

I'm moving to the Bissagos Islands. Why? For one reason they are run by a matriarchal society where woman possess all the power.

That's right. They choose their husbands, propose marriage, build their own homes and run the households.

Look it up. You'll never find a war started by the people of the Bissago Islands. That's because women are better leaders. The proof is in the pudding.

Of the 88 islands, of which just 23 are inhabited, this magical archipelago is situated off the Guinea coast of western Africa.

Imagine it. Living where people can't walk around in public wearing battle gear and toting assault rifles! And where women are truly in charge of their own bodies and not subserviate to a group of male extremists.

I think it's time we elect a woman to lead the USA on the next go-around in 2024. She certainly couldn't do any worse than her combative male predecessors!